TRENTON – In an effort to support military families and ease their transition into New Jersey, Senators Jim Beach and Linda R. Greenstein have sponsored legislation that would permit non-resident military spouses to lawfully practice their profession under a temporary courtesy license, while they fulfill additional requirements for permanent certification in New Jersey. The Senate Military and Veterans Affairs Committee today approved the bill.

“Military families make countless sacrifices, both on and off the battlefield, and we have a civic duty to minimize the challenges they face on the home front,” said Senator Beach, D-Camden. “The effects of repeated deployments and constant transfers wreak havoc on the financial stability of these families who have dedicated their lives to protect our nation. By allowing military spouses who hold licenses in other states to continue practicing in their certified profession, this legislation will help pave a direct path to long-term employment and make their transition into New Jersey as simple as possible.”

The bill, S-2544, would direct several professional and occupational licensing boards in the Division of Consumer Affairs to establish criteria for the issuance of temporary courtesy licenses to spouses of active-duty U.S. armed forces members and who are not New Jersey residents but have transferred to the state in the course of their spouse’s military service. These temporary licenses would be valid for a period of one year and may be extended at the discretion of the board for an additional one year following the date of application for the temporary courtesy license.

Temporary licenses would allow applicants to be employed while they fulfill all of the requirements for a permanent license in New Jersey, including examinations or endorsement, applications, and additional fees. The bill would also provide each board in the Division of Consumer Affairs with expedited rulemaking authority to implement the provisions of this bill as soon as practical.

Under the bill, nonresident military spouses would be eligible for a temporary license if they: currently hold a license to practice a profession or occupation in another state, U.S. territory or the District of Columbia that the board determines has equivalent licensure requirements; were actively practicing the profession in another jurisdiction for at least two of the five years immediately preceding the date of application for the temporary courtesy license; pay for and authorize a criminal record background check; have not committed an act in another jurisdiction that would constitute grounds for denial, suspension, or revocation of a license; have not been disciplined or under investigation for an unresolved complaint; and comply with any other requirements or fees that the board deems to be reasonably necessary for the issuance of the temporary courtesy license.

“There are hundreds of thousands of military spouses who have worked hard for their professional and occupational licenses, but are forced to put their careers on hold due to frequent relocation across state lines,” said Senator Greenstein, D-Middlesex and Mercer. “These men and women sacrifice every day as their husbands and wives serve our country both domestically and overseas. In the Legislature, we need to show support for these families by breaking down barriers to employment and welcoming these qualified employees with open arms into New Jersey’s workforce.

According to the U.S. Department of Defense, 26 percent of military spouses are unemployed and currently seeking work – which is more than three times the national unemployment rate. Additionally, one-third of all military spouses work in a field that requires state licensure, with teaching being the most common occupation for a military spouse.

Recently, First Lady Michelle Obama and Dr. Jill Biden have called upon states to increase spousal license portability for military families. The bill is consistent with legislative efforts being made in other states across the country to make it easier for qualified military spouses to maintain their professional or occupational licenses and pursue employment options as they move from one jurisdiction to another. To date, 23 states have enacted legislation to support military spouse professional license portability.

The bill received unanimous approval by the full Assembly in January. It now heads to Senate floor for consideration. 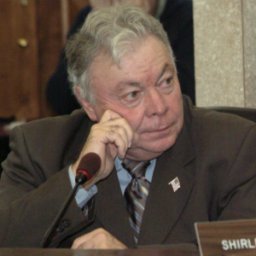