TRENTON – Legislation sponsored by Senators Barbara Buono and John H. Adler that would bolster the State’s income verification process for Medicaid and NJ FamilyCare was approved by the State Senate today.

“The State Auditor’s report showed that we are lax in checking the financial status of those families enrolled in NJ FamilyCare and that far too many individuals were taking advantage of that fact,” said Senator Buono, D-Middlesex. “With the limited number of dollars we have available in the State Budget to provide health care, we need to make sure that every dollar we spend on Medicaid and FamilyCare goes towards providing coverage for those who truly can’t afford health care.”

The bill, S-1696, would amend the Medicaid and NJ FamilyCare statutes concerning program application and renewal requirements. Specifically, the bill would clarify current law so that “one” recent pay stub, rather than “no more than one” pay stub must be submitted by an applicant.

“At a time when children’s health care is under attack by the Bush Administration, we need to do everything we can to make FamilyCare strong and financially sound,” added Senator Adler, D-Cherry Hill. “We need to shut down the loopholes gaps that have allowed the wealthy to take advantage of the program so that the program remains available for New Jersey’s working class families.”

Additionally, the bill would require, rather than permit, the Commissioner of Human Services to establish retrospective auditing or income verification procedures and to match records of the Department of Labor and Workforce Development, as well as the Department of the Treasury.

The Senators noted that this legislation was written to address issues uncovered in the March 2008 an audit of the Health Benefits Coordinator Contract under the Family Care program by the Office of the State Auditor. The audit found that a sampling of self-employed New Jerseyans served by Family Care failed to report their total income on their application for Family Care coverage. As a result, families earning far above the income eligibility guidelines were improperly enrolling in FamilyCare.

According to the Department of Human Services, NJ FamilyCare is restricted to those families who earn less that 350% of the federal poverty level. Currently, for a family of four living in New Jersey, that amount is $74,200.

The bill passed the Senate by a vote of 38-0. It is expected to be voted on by the full Assembly on June 16th before going on to the Governor’s desk.

TRENTON – A bill sponsored by Senators Shirley K. Turner and Joseph F. Vitale that would enable school districts to more easily collect vital data from students was approved by the Senate Education Committee today. The bill (S-1696) would permit students to participate in voluntary surveys if the district sends prior written notification to the students’ parents.

The measure would help remove some of the barriers that impede New Jersey’s ability to collect data important to public health and safety issues affecting the state’s student population, particularly data needed to comply with federal reporting requirements or to help obtain grants. In light of this, numerous non-profit agencies and federal grantees have halted their surveys or are seriously struggling to comply with the provisions of the current statutes. 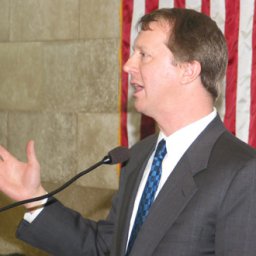 TRENTON – A bill sponsored by Senator John Adler which will bolster the State’s income verification process for Medicaid and NJ FamilyCare was signed into law today by Governor Corzine.

“New Jersey is fighting for every cent we can get from the federal government to help fund FamilyCare and Medicaid,” said Senator Adler, D-Cherry Hill. “We cannot waste our limited resources on health care for people who don’t need our help. The tougher income verification standards will make sure only those who qualify have access to these programs.”