“Today’s testimony demonstrates the overwhelming need in New Jersey to reevaluate current hiring practices and reduce discrimination based on previous convictions or arrests. Given that one in four adults in America has a criminal record, the impact of this prejudice is profound and has a debilitating effect on the economic viability of entire communities throughout the state. A stable job is one of the most effective ways to reduce recidivism among the formerly incarcerated, resulting in a safer community and lower cost to tax-payers. We should encourage rather than punish them for seeking honest, legal employment. The goal of this legislation is not to simply hand out jobs, but grant all individuals a fair and equal chance to compete for employment. Employers still have the ultimate discretion to choose the best candidate for the job. But these decisions should be based on skills and qualifications, rather than past convictions.”

The bill, S-2586, would provide persons with criminal histories certain protections while seeking employment and effectively “ban the box” on job applications that ask job seekers if they have been convicted of certain crimes. Under provisions of the bill, an employer would be authorized to inquire about and consider a candidate’s criminal history when making a decision about employment only after a candidate has been found to be qualified and has received a conditional offer of employment. The bill would apply to employers of 15 or more employees. 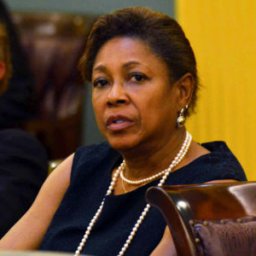 “Across the state, law-abiding ex-offenders are finding that their past mistakes serve as a barrier to employment in this already tough economy,” said Senator Cunningham, D-Hudson. “One in four Americans has a criminal record that could show up in a routine background check. With the increased usage of these checks, qualified applicants – many of whom have already paid the price for their past infractions – cannot even get their foot in the door to be considered for jobs.”