“Our veterans sacrifice so much to preserve our freedoms,” said Senator Diegnan (D-Middlesex), sponsor of both S-2448 and S-2449. “Waiving the need to pay a fee to those who already hold an out-of-state professional or occupation license or a commercial driver’s license is the right thing to do for veterans and their families.”

“Often, our service members and their families uproot their entire lives to move to another state when they receive their orders,” said Senator Singleton (D-Burlington), sponsor of S-2448. “Consequently, our veterans and their spouses incur many costs, such as licensing fees, that are associated with rebuilding their professional careers. By waiving these fees, we are not only alleviating some of their financial burden, but we are also encouraging professionals to share their talents with New Jersey.”

The bill, S-2448, would provide that the several professional and occupational licensing boards would not charge a license fee to a veteran or the spouse of a veteran. If the veteran or spouse has a current license from another state, the board would determine if it meets the standards and requirements to work in New Jersey. To qualify, the veteran or spouse would have to live in New Jersey or plan to move to the state.

Both bills were released from the Senate unanimously, each with the vote of 40-0.

Trenton – Legislation sponsored by Senator Patrick Diegnan, which would authorize operators of motor vehicles to display electronic proof of… 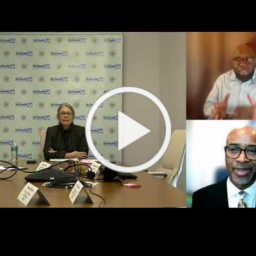 Diegnan Statement in Support of Protests for Justice and Change