Bills S-1977, 1978, and 1979 would provide the state with nearly unparalleled authority to monitor or restrict Internet access by convicted sex offenders and impose severe penalties for those convicted of using the Internet for luring, effectively making New Jersey a national leader in the fight to crack down on online sexual predators.

“The Internet can be a useful link to a plethora of information and a convenient way to stay in touch with friends and family, but unfortunately some people out there are using the Internet as a way to prey on our children,” said Senator Girgenti. “As a co-sponsor of ‘Megan’s Law,’ I understand how important it is to protect ourselves and the children of this state from sex offenders. By taking computer and Internet access away from those who use these devices to commit sex crimes, we are reducing the risk of them being tempted to become repeat offenders.”

Under bill S-1979, anyone convicted of using a computer to help commit a sex offense could be strictly prohibited from using a computer or accessing the Internet, restrictions that could extend for their entire period of parole. The bill would also give the State Parole Board the discretion to impose Internet access restrictions on other sex offenders, regardless of whether they used a computer to facilitate their crime.

These restrictions would require the person to: submit to periodic, unannounced examinations of their computer equipment; install hardware or software systems on their computer to monitor their use; inform law enforcement if they have access to or use of a computer or Internet device; and receive written approval from the state before accessing or using a computer or the Internet.

Sen. Codey noted that there are currently no federal laws requiring the imposition of Internet restrictions on sex offenders. Only two other states – Florida and Nevada – have any such restrictions in this area. However, the proposals put forth by Senators Codey and Girgenti provide a greater safety net by encompassing a much broader group of offenders and including more stringent guidelines for monitoring their computer use.

Codey To Pull The Plug On Online Sexual Predators 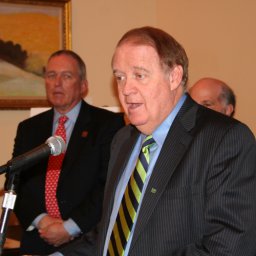