TRENTON – Legislation sponsored by Senator John A. Girgenti to create a State POW-MIA (Prisoner of War – Missing in Action) medal to be awarded to those who were taken prisoner and held captive or declared missing in action was approved by both the full Senate and General Assembly today.

“Throughout history we have been blessed with heroes willing to sacrifice their freedom to protect and defend ours,” said Senator Girgenti, D-Bergen and Passaic, and Chairman of the Senate Law, Public Safety and Veterans’ Affairs Committee. “Today, in foreign lands our military men and women are still fighting to defend our country’s freedom. They do so knowing that could fall on the field of battle, or be captured. We owe an unending debt of gratitude for the sacrifice these men and women made, the pain they endured, and the hardships they suffered to ensure our freedom, and that is why New Jersey should have a medal to honor our POWs and those missing in action.”

The bill, S-1613, would create a POW-MIA medal that would be given to anyone who was a prisoner, held captive or declared missing in action while being active in the military.

According to Senator Girgenti, the POW-MIA medal would be issued to the parent, spouse, sibling or other relative on behalf of a person who is absent because he or she is still a prisoner of war or missing in action.

“I believe that it is important to present to those in the military or their family members, a physical symbol of our appreciation for the valor that they have shown,” said Senator Girgenti. “This bill will allow us to properly honor those who were prisoners of war and also help us always remember those who are still missing.”

The bill now heads to the Governor for enactment. 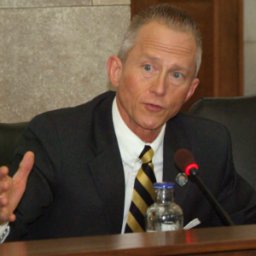