TRENTON – Legislation sponsored by Senator Linda R. Greenstein that would direct the Drinking Water Quality Institute (DWQI) to study the issue of 1,2,3-trichloropropane (1,2,3-TCP) levels in drinking water and recommend to the Department of Environmental Protection (DEP) a maximum contaminant level for the chemical was approved today by the full Senate.

The chemical, 1,2,3-TCP, is a man-made substance often used for paint removal, as an industrial solvent, and as a cleaning and degreasing agent. It is typically found at industrial or hazardous waste sites, and has been classified as “likely to be carcinogenic to humans” by the United States Environmental Protection Agency and is a confirmed animal carcinogen according to the American Conference of Governmental Industrial Hygienists.

“We know enough about this toxic substance and its effects on humans, animals and the environment to take informed initiative, study its presence in New Jersey waters, and adopt standards that will limit contamination,” said Senator Greenstein (D-Mercer, Middlesex). “Making sure our drinking water is safe for consumption is a priority.”

According to the DEP, 1,2,3-TCP is a potent genotoxic carcinogen which occurs in drinking water at levels resulting in significant cancer risk based on test results from New Jersey public and non-public water supplies.

The bill was approved by the Senate with a vote of 29-6. It now heads to the Assembly for consideration.

Trenton – Senator Ronald L. Rice introduced legislation, which would require financial institutions that have foreclosed on properties to remove… 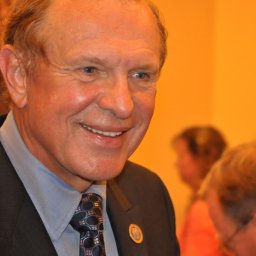