TRENTON – A bill sponsored by Senator Raymond J. Lesniak which would create a registration and reporting system for privately-owned tigers within the State of New Jersey in order to discourage the worldwide black market for tiger body parts was approved by the Senate today by a vote of 37-0.

“New Jersey has been a national leader in many social justice causes, like abolishing the death penalty, or public policy initiatives, like environmental protection,” said Senator Lesniak, D-Union. “Today, we can add to that leadership by sending a message to other states, our federal government and the international community, that New Jersey cares. We care about protecting other animal species that share the planet with us. We care about their inhumane treatment. We care, and we want to do something about it.”

The bill, S-3061, would require the State Department of Environmental Protection (DEP) to administer a system in which private owners or zoos which own tigers would register certain information with the State. Under the bill, tiger owners would be required to provide their name, address and telephone number, the address and exact location where the tiger is kept, the birth date, weight and sex of the tiger, a description of any distinguishing marks and a digital color photograph of the tiger, a hair sample sufficient to meet any future need for DNA analysis of the tiger. Upon review and approval of an application, the Department would be required to issue a certificate of registration for the tiger, complete with a unique identification number, and the tiger’s owner would be required to have a subcutaneous microchip implanted in the tigers’ neck with the ID number as well as other identifying information.

The bill also stipulates that within five days of a tiger’s death, the tiger’s owner would be required to submit the tiger’s remains to a qualified disposal agent to remove the ID chip and dispose of the remains properly, and the owner would be required to submit a sworn affidavit to DEP detailing the time and cause of death, and the ID number provided by the Department.

“The penalties, registration and reporting requirements under S-3061 should make breeding tigers in captivity for sale of their parts a risky business,” said Senator Lesniak. “It costs $6000 a year to feed a fully grown tiger, while the value of its parts is multiple times that amount. Those who breed tigers in captivity are not likely to keep them under humane conditions. And they could easily sell their parts for a profit and fuel the trade in tiger parts that has also spurred killing of tigers in the wild.”

Senator Lesniak noted that the black market for tiger body parts, among other factors, has resulted in the animals being hunted to near-extinction worldwide. Over the last century, the world’s tiger population has fallen from about 100,000 to just 3,200 in the wild according to the World Wildlife Fund. Tigers are hunted, bought and sold not only for their teeth, skins and claws, but also for their body parts, which are used in many traditional Asian medicines.

Senator Lesniak added that the body parts of a single tiger can be sold for a sum of $10,000 or more on the black market. He also noted that, at the time of the recent tragedy in Ohio, in which animals escaped from a private nature preserve, criminals were seeking to steal lion carcasses in order to profit from the illegal trade of their body parts.

“It’s not often we have an opportunity in the Legislature to change the world,” said Senator Lesniak. “Today, we are blessed with such an opportunity. Today, we can send a message to the international community that New Jersey is joining the campaign to save tigers from extinction and to stop the illegal trafficking in tiger parts and the inhumane treatment of tigers that goes along with it.” 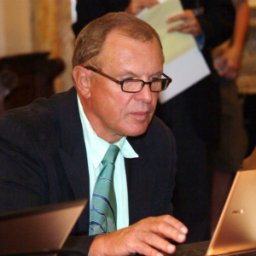 Lesniak Bill To Crack Down On Black Market For Tigers Advances

TRENTON – A bill sponsored by Senator Raymond J. Lesniak which would create a registration and reporting system for privately-owned tigers within the State of New Jersey in order to discourage the worldwide black market for tiger body parts was unanimously approved by the Senate Economic Growth Committee.

“Worldwide, the demand for tiger body parts has essentially helped to push these majestic animals to the brink of extinction,” said Senator Lesniak, D-Union. “While we can condemn the actions being perpetuated in remote parts of the world, where tigers are farmed and hunted specifically to fuel this black market, New Jersey should make sure that we’ve done our small part to help end the barbaric and senseless slaughter of tigers in the wild. This bill sends a statement that New Jersey stands up for the humane and ethical treatment of tigers here at home and around the world.”