The Senator’s bill, S-2299, known as the “New Jersey Economic Stimulus Act of 2009,” makes various changes to New Jersey’s business growth and retention policies in order to stimulate the economy. The bill creates an Economic Redevelopment and Growth Grant program to encourage developers to invest in qualifying economic redevelopment areas around the State; authorizes Newark and Elizabeth to impose a rental car tax and administrative fees through local ordinance to fund local redevelopment activities; and expands the New Jersey Emerging Technology and Biotechnology Financial Assistance Program, which supports small technology businesses in approved innovation zones, to technology companies anywhere in the State.

The new law also makes more businesses eligible for the Transit Hub Tax Credit program; suspends the Non-Residential Developer Fee imposed last year by affordable housing legislation; appropriates $15 million to the State Affordable Housing Trust Fund, and makes provisions to allow municipalities to be relieved of their affordable housing obligations whenever the Non-Residential Developer Fee is not imposed and there isn’t enough funding in the Affordable Housing Trust Fund to assist in the production of affordable units; allows State Universities and Colleges to submit long-term facilities plans and contract with private entities to assume full financial and administrative responsibility for an on-campus project; and allows recycled material manufacturing companies to obtain a tax credit for the cost of taxes and surcharges on energy and utility service.

“As painful as the current economic crisis is for New Jersey’s families, we should view this as an opportunity to change direction, and craft new policies designed to encourage economic growth, not discourage it,” said Senator Lesniak. “This bill represents the largest effort to date to stimulate New Jersey’s ailing economy, and will create thousands of jobs and billions of dollars in economic activity Statewide. However, it shouldn’t be viewed as an end-point, and we should continue to push for new programs and a new philosophy of economic growth in the Garden State.” 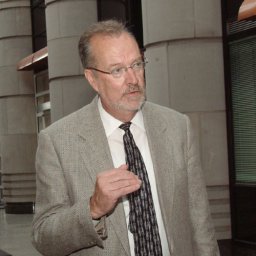