TRENTON – A bill sponsored by Senator Nellie Pou that would make reforms to the juvenile justice system in order to improve the prospect of rehabilitation for young people who are charged, convicted or incarcerated was signed into law today.

The law, S-2003, builds on previous efforts to reform the system with a focus on helping to rehabilitate juveniles and make communities safer. The law addresses the process used to transfer youths from the juvenile system to the adult system, and address confinement conditions in the facilities.

“Young people in the criminal justice system deserve a second chance to improve their lives,” said Senator Pou (D-Bergen/Passaic). “With this law, we hope to break the cycle of crime and imprisonment by rehabilitating these individuals through needed services in detention centers. Ultimately, these necessary changes will help to advance our juvenile justice reform effort and better ensure that juveniles are given the opportunity to turn their lives around and become contributing members of society.”

First, the law will raise the minimum age to waive a child into the adult court system, allowing for a 60-day period to evaluate an individual’s case rather than 30 days. However, it will permit a juvenile to be waived to adult court for serious crimes such as murder, robbery, and kidnapping.

“Placing children in the adult court system should only be done when it is absolutely necessary, especially in cases involving low-risk juveniles,” said Senator Pou. “There has been no evidence to support that waiving youths reduces juvenile crimes. Yet, research has shown that young individuals who are waived to the adult system are more likely to return to prison. With these guidelines in place, we will provide clearer and more appropriate measures when it comes to waiving juveniles.”

Second, the law will also raise the age to transfer adolescents and children from juvenile detention centers to adult facilities, and will include notifying the individual of the transfer and reasons in writing.

In consultation with the Attorney General, the Juvenile Justice Commission will also establish a program to collect, record, and analyze data to keep track of juvenile waiver cases. The commission will publish and submit its findings biennially online and to the Governor and the Legislature.

“We must give young people the opportunity to start over through rehabilitation,” added Pou. “Compared to young individuals at juvenile detention centers, youths who are sent to the adult system have an increased likelihood of recidivism. Not to mention that it is less likely that juveniles will receive the educational services and mental health treatment needed in adult facilities.”

Third, the law will impose limits according to age on the amount of time a juvenile could spend in solitary confinement, known as room restriction in the juvenile justice system.

“We have to be incredibly careful about the use of solitary confinement in the juvenile system,” said Pou. “By providing appropriate measures that will help to change room restriction procedures, we can better ensure the health and well-being of children and adolescents at detention centers.”

Additionally, the law will allow prosecutors to extend an individual’s sentence at a juvenile detention center, if requested, for up to three years.

In 2004, the Annie E. Casey Foundation (AECF) provided a grant of $300,000 to the State of New Jersey to be part of its Juvenile Detention Alternative Initiatives (JDAI) starting with five pilot program sites and increasing to 16 sites. The joint initiative with the New Jersey Juvenile Justice Commission (JJC), the New Jersey Judiciary and local agencies has met most of its goals, including the reduction of youth retained in detention centers and the closing of facilities. Since its implementation, the Department of Law & Public Safety’ saw a reduction of over 50 percent of its juvenile detention population, from 2,500 to over 1,100 between 1997 and 2010. To date, there are more than 1,000 juveniles in detention centers or residential programs across New Jersey, according to the Annie E. Casey Foundation’s Kids Count Data Center. However, reports from the Annie E. Casey Foundation indicate problems in recidivism and the mental health state of individuals in juvenile detention centers.

According to studies across states provided by the Foundation, 38 to 58 percent of young people released from juvenile corrections facilities are found guilty of new offenses within two years and 45 to 72 percent within three years. New Jersey alongside states like New York, Louisiana, Maryland, and Virginia reported a range of 15 to 46 percent in recidivism. In addition, the Survey of Youth in Residential Placement reported that two out of every five young people in a residential commitment program had not received any mental health counseling.

A study by Human Rights Watch and the American Civil Liberties Union noted the harmful effects that solitary confinement have on young individuals in correctional facilities. Experts asserted that since they are still developing, juveniles can become traumatized by the experience, exacerbating any mental health problems. According to the National Center for Mental Health and Juvenile Justice, one in five children and young adults in custody have a mental illness that impairs their ability to function.

S-2003 was approved by a 29-10 vote in the Senate and the Assembly approved it by a vote of 53-24 in June. The law takes effect on the first day of the seventh month following enactment. 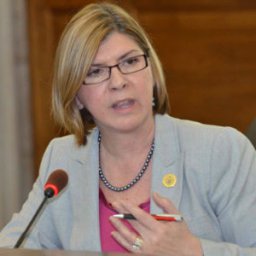