The bill – which passed 78-0 – now heads to the Governor’s desk to be signed into law. The Senate cleared the measure last month.

“One of the fastest growing fiscal concerns for towns is the enormous payouts that need to be given to some retiring employees for unused sick and vacation time,” said Sarlo (D-Bergen). “Left unchecked, these bonuses can easily match the salary of a full-time employee, if not more. If towns are to be able to remain viable under the new property tax cap, this reform is sorely needed.”

Vacation carry-forwards would be capped at one year only. Employees who have accrued more than one year’s worth would be able to carry that amount, but could not bank more time.

Sarlo noted a report in yesterday’s Asbury Park Press which documented that in Stafford Township, 14 township employees have retired since the start of this year, leading the municipality to incur a total cost of $722,972. The municipal budget had originally set-aside $105,000 and held $200,000 in reserve for anticipated retirement payouts.

“There is nothing wrong with allowing employees to bank unused leave, but there’s a point at which it really becomes absurd,” said Sarlo. “One retirement could easily eat up a community’s space under the tax cap. Our simple goal is to bring these payments back in line with reality, and ensure local officials don’t have to choose between providing essential services or paying out tens, or hundreds, of thousands to one person.”

The bill also would prohibit the practice of “terminal leave” – where employees exhaust sick and vacation time during their last year of employment, allowing them to keep earning a full paycheck – for all future employees. 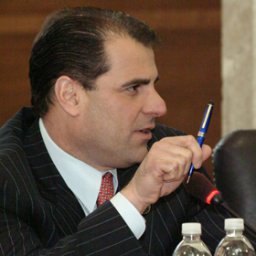 TRENTON – Legislation Senator Paul Sarlo sponsored to limit the unused sick-leave payouts and vacation carry-over for all public employees was today released by the Senate Budget and Appropriations Committee.

The bill (S-2220) is a key component of the so-called “tool kit” for local officials to use to live within the means of the state’s new two-percent property tax cap.