TRENTON – Legislation sponsored by Senator Bob Gordon which would address hospital finance in an attempt to keep hospitals strong in New Jersey was approved by the Senate today.

“New Jersey spends billions of dollars each year to support our hospitals throughout the state,” said Senator Gordon, D-Bergen. “At a time when the State has faced the closing of several hospitals for financial reasons, we need to make sure that those funds are being spent as efficiently as possible.”

Senator Gordon’s bill, S-1796, would authorize the Department of Health and Senior Services to conduct enhanced monitoring of hospital financial performance, and intervene in the management of hospitals for facilities identified as being in fiscal distress.

The measure is part of a package of bills in the Senate implementing the recommendations set forth by the Reinhardt Commission to Rationalize Health Care Resources in New Jersey.

According to Senator Gordon , the concept behind the bill is to allow the State to be more proactive in identifying hospitals at risk, and seeking to pull them out of the downward spiral into financial collapse.

Senator Gordon added, “This bill is aimed at being proactive in preventing future hospital closings. By giving DHSS the power to monitor hospital finances, we hope to be able to intervene at the first signs of financial problems. These issues need be addressed early, so that our communities are not harmed by a lack of vital health services.”

The bill was approved by a vote of 38-0 and now goes to the full Assembly for consideration. 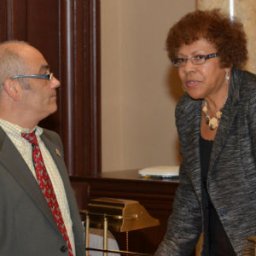 Called “naturally occurring retirement communities” (NORCs), they are communities that, while not originally designed for a senior population, have a large proportion of residents aged 60 and older that evolves naturally, as residents age in place. The NORC concept involves meeting the needs of residents living independently in their homes with coordinated health and transportation services.