TRENTON – Legislation sponsored by Senator John A. Girgenti to stiffen the penalties for those who illegally possess machine guns and assault weapons was signed into law by Gov. Jon S. Corzine today.

“I want to thank the Governor for having this ceremony today and for signing this important bill,” Senator Girgenti said. “I want to also commend the Governor for his wide-ranging anti-crime initiatives. I was proud to sponsor several of the bills related to this effort and to move them through my committee, the Senate Law and Public Safety Committee. This bill is related to one of the key planks in his initiative, making more effective prosecutions of gang related offenders.”

This bill, S-1304, would upgrade the offense for the unlawful possession of an assault weapon or machine gun to a crime of the second degree, which is punishable by imprisonment of between five and 10 years, a fine of up to $150,000, or both.

“We have done a lot to reduce many types of crime in our State, but crimes committed with guns are still rising and tougher laws are needed to control the gun problem,” Senator Girgenti, D-Bergen and Passaic, said. “Last session, we enacted a measure that made unlawful handgun possession a crime of the second degree and this bill would create a uniform penalty for illegally having all types of dangerous guns.” 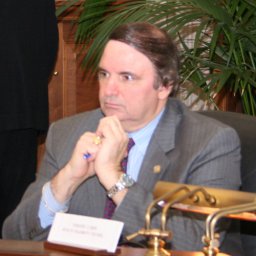 Girgenti: Illegal Gun Possession, Not Worth The Penalty In New Jersey

TRENTON – Legislation sponsored by Senator John A. Girgenti to impose harsh penalties for those who unlawfully possess assault weapons and machine guns, was approved by the Senate Law Public Safety and Veterans Affairs Committee today.

“We have done a lot to reduce many types of crime in our State, but crimes committed with guns are still rising and tougher laws are needed to control the gun problem,” said Senator Girgenti, D-Bergen and Passaic, and Chairman of the panel. “This is another necessary part of the ‘Strategy for Safe Streets and Neighborhoods’ package that we began working on last session. In order to truly make our streets safe we need to continue to enact initiatives that prevent crime by increasing enforcement, focusing on prevention and providing re-entry opportunities for ex-convicts.”