A trusted champion of working families, Bob Andrzejczak shows a tireless work ethic while facing the same struggles many of us face

On November 5th, 2013, Sgt. Bob Andrzejczak was elected to the New Jersey General Assembly. He is a resident of Middle Township and is a Lower Township and Cape May County native. He joined the Army in 2005 as infantry and went through basic training in Georgia. He was then briefly stationed in Hawaii before being deployed for the first time to Iraq in 2006. While in Iraq, Bob was stationed in Ryad and Hawija. His deployment was initially scheduled for one year, but at Christmas of that year he found out it was to be extended. He was ultimately there for 15 months. Bob was deployed again in 2008, this time to Bayji, Iraq. Just two months into his second deployment, his convoy was attacked, and he was mortally wounded.

Bob was the rear gunner (sitting in a turret, covering the rear of the entire convoy) when they were attacked with an armor-piercing grenade. In an attempt to save his men, Bob unhinged himself from his harness and crawled to the back of the truck, despite bleeding from a wound that would ultimately cost him his left leg. Once Bob checked on all his men, he realized that he was the only man severely injured.

Bob was eventually flown to Walter Reed hospital where he began the arduous journey to recovery. He ultimately spent 17 months fighting in Iraq, and was an active service member for five years, from 2005 until 2010. He was awarded the Bronze Star for service during his first tour of duty, and the Purple Heart during a ceremony held on February 5th while he was recovering at the medical center. Bob, who ultimately retired as an Army Sergeant, also received two Army Achievement medals, an Army Good Conduct medal, a National Service of Defense medal, a Global War on Terror medal, an Iraq Campaign medal with a Campaign Star, an Army Service Ribbon, and a Combat Infantry Badge.

Bob and his wife have a young son. 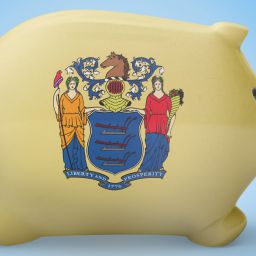 Johnson Bill to Prevent Erroneous EZ-Pass Fines Becomes Law
Trenton – In an effort to prevent erroneous EZ-Pass fines, legislation sponsored by Senator Gordon Johnson which would require the
1 2 3 … 9,093 Next »