“This bill would provide financial incentives for builders and developers to create environmentally sustainable buildings, exactly the kind of development we need to be encouraging in New Jersey,” said Smith. “In addition to being environmentally sound, energy efficiency and green buildings help create jobs and economic growth.”

The bill, S-2558 – also sponsored by Senator Jim Beach (D-Camden) – would require the NJEDA, in consultation with the Commissioner of the Department of Community Affairs, to establish and administer a program that would make low-interest loans available to developers or redevelopers constructing or renovating buildings in order to make them high performance green buildings. Program eligibility would be limited to commercial, industrial or mixed use buildings that are at least 15,000 square feet in size.

“Incentives like these will help New Jersey remain the national leader in green building and innovation,” said Sarlo. “This is just one piece of our ‘Back to Work NJ’ initiative, but it is a big piece. By creating a climate where green building is welcomed and encouraged, we are taking significant measures to get the state’s economy moving again.”

The bill would define a “high performance green building” as a building that is designed and constructed in a manner that achieves at least a LEED silver rating, a National Green Building Standards silver rating, a Green Globes two globes rating, or a comparable numeric rating adopted by the Department of Community Affairs.

The legislation now moves to the Governor’s desk. 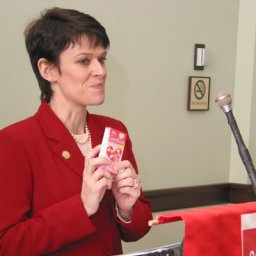 “A diagnosis of autism or developmental disability presents real challenges for parents and caregivers,” said Karcher. “While the medical community seeks to find answers to the causes of autism and developmental disability, states have an obligation to promote programs which help those living with the disability. These new lifesaving laws will help families deal with the hardships of caring for individuals with autism.”