“If we want to regulate vaping or cannabis effectively, we need to acknowledge the impact of our states’ proximity to one another and take a regional approach,” said Senator Sweeney (D-Gloucester/Salem/Cumberland). “I’m grateful Governor Cuomo recognized the urgency of the situation and has brought parties from all neighboring states together to tackle these complex issues. It is clear he understands that if we don’t coordinate the standards, quantities and age restrictions of these products, no state will be able to successfully protect its residents.”

“We all recognize that vaping is a public health emergency and for the health and safety of the public it is paramount we come to a multi-state compact everyone can agree on,” said Senator Sweeney. “The policies we pursue in New Jersey won’t be effective if they can be avoided by young people or others simply by crossing the Delaware to Pennsylvania or catching a train to New York.”

After a review process, which included the discussion of the next steps to be taken collectively, the summit concluded with a press conference. 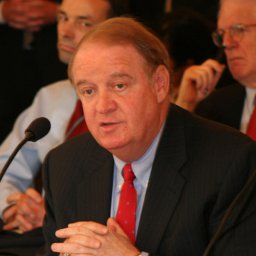