Senator Sweeney’s bill, S-2356, would eliminate municipal tax assessors’ offices and replace them with a more cost-efficient county office over a three-year period. Municipalities in the county would be required to have a property revaluation during this first three-year period to create a “level playing field;” however, municipalities that have implemented revaluation within the preceding 24 months would be exempt from this latest round of revaluation. Senator Sweeney noted that Gloucester County would bear the cost of administering the new system, saving municipalities the future expensive. The cost of the initial three-year round of revaluations would be offset by State financial assistance through the SHARE program and Consolidation Fund, designed to encourage local shared services, and that the Gloucester County pilot program would be studied by the “Local Unit Reorganization and Consolidation Commission” to determine the feasibility of exporting the program to other counties around the State.

“The people of Gloucester County demand lean, responsive government, and I think in many areas, we’ve been able to set the benchmark in the State,” said Senator Sweeney, who also serves as Freeholder Director for Gloucester County. “This bill would give county officials the authority to merge tax assessment into a county-based program which would accomplish the same result for a fraction of the cost. As the State scrapes the bottom of the barrel to find any savings to help solve our difficult budget problems, we ought to look at efficiencies and merging to continue to provide the services New Jersey residents have come to expect, without the soaring administrative costs they have come to dread.” 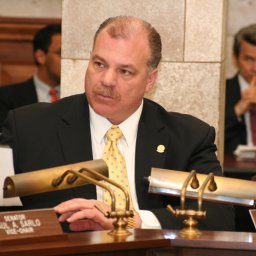