The first bill, S153, known as the “New Jobs for New Jersey” tax credit program, would provide incentives to small private sector employers who increase their workforce by hiring unemployed workers. Senators Paul Sarlo (D-Bergen, Passaic) and Bob Gordon (D-Bergen, Passaic) are also sponsors of the bill.  The legislation was passed last session but vetoed by the governor.

“The ‘New Jobs for New Jersey Act’ is the perfect way to get people who’ve been unemployed the longest back into the workforce,” said Sweeney.  “The governor’s veto of this bill last session was completely misguided. Given New Jersey’s economic condition, he can’t possibly think it’s reasonable to veto this bill again. We have to get people back to work.”

Under the bill, an employer of 100 or fewer full-time employees would be eligible for a tax credit against the corporation business tax or the gross income tax, whichever applies, for each eligible individual they employ in the state on a full-time basis during a tax year. Among the conditions needed to qualify, the employee must have been hired prospectively in 2014, is employed full-time during the tax year for which the tax credit is provided, was not previously employed by the employer, and did not have full-time employment for 30 or more days prior to being hired by the employer.

The second bill, S1621 would give priority in terms of state-administered training programs to those who have suffered from long term unemployment.  At least 50% of the training funds for displaced workers would be reserved for training and employment programs at community colleges for laid off workers who have exhausted all UI benefits. The bill is also sponsored by Senator Peter Barnes (D-Middlesex).

“People who have been out of work for long periods are simply giving up. That does not mean, however, that they and their families just find another way to provide for themselves. It’s not just about creating opportunities, but about finding jobs as soon as possible for those that have been unemployed the longest,” said Sweeney.

“This January, Congress failed to extend an important safety net that provided New Jersey’s long-term unemployed with extended benefits as they search for a new job,” said Barnes.  “With these cuts, approximately 79,000 New Jerseyans lost benefits that were providing them with funds to pay for basic necessities from housing to food to clothing. By offering these workers with priority entrance to state training programs, we can help them to catch up on the skills and training they may have missed while being unemployed, making these individuals more marketable and appealing to employers.”

79,000 New Jerseyans lost their benefits at the turn of the year.  This loss was due to a federal failure to extend benefits.  According to the Asbury Park Press, “The loss of extended benefits has hit New Jersey particularly hard. A study by the Economic Policy Institute found that 46.6 percent of New Jersey’s 328,000 unemployed workers — about 153,000, or enough to fill MetLife Stadium twice over — have been out of jobs for six months or more. In the GardenState, the District of Columbia (also 46.6 percent) and Florida (46.2 percent), nearly half of all jobless workers are considered long-term unemployed, according to the institute, a Washington, D.C.-based progressive economic think tank.”

Both bills now head to the Assembly. 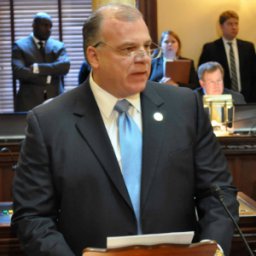