TRENTON – A bill sponsored by Senators Stephen M. Sweeney and Joseph V. Doria which would prohibit school districts from hiring registered lobbyists was approved by the Senate Education Committee today by a vote of 3-0.

“With New Jersey’s soaring property taxes, parents want to know their tax dollars are being spent on educating their children, not greasing the wheels of government,” said Senator Sweeney, D-Gloucester, Cumberland and Salem. “For one level of government to hire a private firm to influence another level of government seems ridiculous, particularly when funds are tight, and schools have built-in advocates in their legislative representatives. Education funding should be going to the classroom, and not into the pockets of a well-connected lobbyist.”

The bill, S-2062, would expressly prohibit any board of education from expending funds to hire a registered governmental affairs agent in the State of New Jersey. School boards which violate the provisions of the bill would be subject to a penalty to be determined by the Commissioner of Education at a later date. The bill specifically exempts dues paid to the New Jersey School Boards Association, the advocacy group which represents all of the State’s school boards, as well as other non-profit educational advocacy groups, and any expenses paid to a government affairs agent solely for the purpose of a grant proposal or an application for grant funding.

“Through this bill, we’ve made some reasonable exceptions, but the message is clear – school boards have no business hiring lobbyists,” said Senator Doria, D-Hudson, a member of the Education panel. “Taxpayers in the Garden State are being crushed by the property tax burden, and we need to account for every cent of public money being spent. To divert needed education funds into lobbying the State for more needed education funds is absurd, and the practice should be banned.” 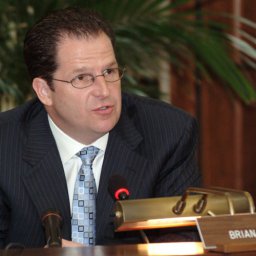 TRENTON – A bill sponsored by Senators Brian P. Stack and Sandra Bolden Cunningham which would establish a 21-day grace period for property tax installment payments for seniors on fixed incomes was approved by the Senate today by a vote of 37-0.

“Even in strong economic times, seniors on fixed incomes have a hard time meeting the State’s high cost of living, especially soaring property taxes,” said Senator Stack, D-Hudson. “This measure is intended to give our senior homeowners a little flexibility in budgeting their limited incomes to pay their health care expenses, energy bills and all the other cost drivers associated with living in the Garden State. Seniors shouldn’t have to face financial penalties – in addition to the other costs of living in New Jersey – for being a few days late in paying their property taxes.” 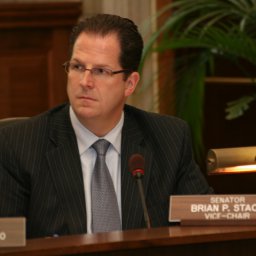 TRENTON – A bill sponsored by Senators Brian P. Stack and Sandra Bolden Cunningham which would establish a 21-day grace period for property tax installment payments for seniors on fixed incomes was unanimously approved by the Senate Community and Urban Affairs Committee today.

“As our economic forecast turns from bad to worse, seniors on fixed incomes are being squeezed by the high cost of living in New Jersey – particularly high property taxes,” said Senator Stack, D-Hudson. “While many of these seniors are struggling to stay ahead of their bills, it can be difficult to impossible to pay every bill before the due date on limited income. This bill recognizes the hardships in our current economy, and grants seniors who need it most immunity from late-penalties on their property taxes.”