TRENTON – Senate President Steve Sweeney issued the following statement on Monday in support of the newly-enacted bail reform law, S-946, and the companion measure, SCR-128, that will go to the voters as a Constitutional amendment:

“These reforms will make the state’s bail system fairer and more effective with standards based on public safety rather than the ability to pay. They will also provide taxpayer savings by reducing the number of unnecessary incarcerations. I want to thank Senator Norcross and Assemblyman Burzichelli for their tireless work to get this done.

“The new law will no longer keep non-violent offenders in jail just because they can’t afford to post bail and the Constitutional amendment will allow courts to keep dangerous defendants behind bars if they pose a threat to the community or to others. Until now, the system penalized low-level offenders and made their lives worse by keeping them in jail for months at a time while gang leaders with money were returned to the streets to threaten witnesses and to commit more crimes. The rules are going to change for the better.” 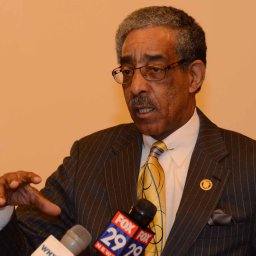