TRENTON – Private sector employees would be provided a means to save for retirement under terms of legislation authored by Senate President Steve Sweeney, Senator Shirley Turner and Senator Paul Sarlo that was approved by a Senate committee today. The bill, S-2831, would create the Secure Choice retirement program so that workers without employer-sponsored pension plans are given the ability to prepare for financial security in retirement.

“The Secure Choice plan will give employees the ability to save and invest for their retirement,” said Senator Sweeney. “The voluntary program will be convenient, low-cost and portable, so that employees can take it with them if they change jobs. It will make use of professional investors but it won’t cost the taxpayers anything because it is self-sustaining.”

The plan is a part of the “New Jersey: Investing In You” initiative launched by the Senate Democrats. The six-part proposal, which includes a segment on retirement security, is an ongoing effort to boost the state’s economy and identify ways to invest in growth and opportunity.

Companies with 25 or more employees would be required to offer the professionally-managed plans that would be offered to their workers. The program would be overseen by a seven-member Secure Choice Savings Board, comprised of financial experts appointed by the governor, the Senate President and Assembly Speaker. The savings fund would be outside and apart from other state funds.

“The New Jersey Secure Savings Program Act is a low-cost option that will provide workers with the resources they need to save for their retirement in a convenient and efficient way,” said Senator Turner.  “By ensuring that our residents have an alternative program to secure their savings, private sector workers can breathe easier knowing they have access to retirement benefits, ensuring a better future for themselves and their families.”

The savings program would offer companies the ability to establish individual retirement accounts for their employees, allowing them to make automatic payments from their paychecks. The program would be targeted to the growing number of businesses that don’t provide retirement plans for their employees, especially small businesses that employ an increased proportion of workers.

“Too many people in New Jersey face retirement with insecure incomes and too many retirees find it hard to make ends meet on their income,” said Senator Sarlo. “This will help ensure that more New Jerseyans have financial security in their retirement so that they can live with dignity and without financial needs.”

Approximately 1.7 million people in New Jersey don’t have a means to save for retirement at their jobs, according to AARP.  The National Institute on Retirement Security has reported that roughly 55 percent of private sector workers do not have access to a retirement savings plan at work.

The program would be welcomed by the private sector as well, Senator Sweeney noted, because it would help them assist their workers and workers address a critical financial need.

“The state can play an active role by establishing a program that pools resources and makes use of professional managers,” said Senator Sweeney. “Plans like Secure Choice open doors to retirement options that historically haven’t been very to some low-income and minority communities.”

The legislation was released by the Senate Budget & Appropriations Committee. It has already been approved by the Assembly. 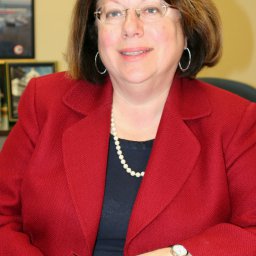