“The Global Warming Response Act we passed last year gave us a goal and timeline by which New Jersey can act to do our part in reducing our greenhouse gas emissions and reversing global warming,” said Senator Sweeney, D-Cumberland, Gloucester and Salem. “Now we must take the actions necessary to reach those goals and participating in a cap-and-trade program under RGGI is a critical first step.”

RGGI is a multi-state regional initiative to design and implement a flexible, market-based cap-and trade program to reduce carbon dioxide emissions from power plants in the Northeast United States. RGGI will be the first mandatory cap-and-trade program in the United States to reduce emissions of the gases that cause global warming.

“One state alone can’t stop global warming. Joining RGGI, however, allows New Jersey to join with other states in the Northeast to pool our resources together to bring about significant environmental change,” said Senator Smith, D-Middlesex. “Working collectively as a region rather than as separate states will allow us to do far more to reduce our carbon footprint and reduce the trends of global climate change.”

RGGI was officially created on December 20, 2005, when seven states announced an agreement to implement the Regional Greenhouse Gas Initiative, as outlined in a Memorandum of Understanding (MOU) signed by the Governors of the participating states. On August 15, 2006, the participating states issued a model rule for the program that will form the basis of individual state regulatory and/or statutory proposals to implement the program.

“This legislation sets aggressive goals for capping greenhouse gas emissions that both protect the environment and create an open market system that makes it economically beneficial to reduce emissions,” explained Senator Sweeney.

Cap-and-trade program work by setting a cap that limits the overall number of tons of carbon allowed in a region and giving each source of emissions an allowance for a set number of tons they may produce.

“We must provide a financial incentives for power companies to invest in cleaner power sources and renewable energy. The cap-and-trade system will provide both the carrot and the stick needed to make progress towards the renewable energy portfolio to meet the requirements of the Global Warming Response Act,’” added Senator Smith.

Sources that produce more emissions than they have allowances to cover can either reduce their emissions, buy allowances on the market, or generate credits through an emissions offset project. Any source that reducing its emissions to be less than their assigned allowances may either bank those allowances or sell them to other sources.

The Assembly companion bill, A-4559 also passed the Assembly today. The bill now goes to the Governor’s desk for his signature.

“New Jersey has become a national leader in the efforts to reduce greenhouse gas emissions,” said Senator Sweeney, D-Cumberland, Gloucester and Salem. “We can’t affect real progress on our own, however. We must join with other states to act collectively to reduce carbon emissions and fight global warming.” 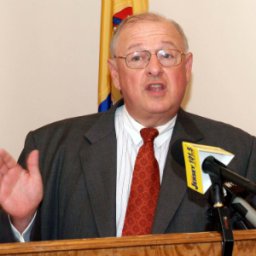