TRENTON – Legislation sponsored by Senator Shirley Turner (D-Mercer) that would deem lottery workers and other state personnel as essential during a state government shutdown was approved Thursday by the Senate Government, Wagering, Tourism & Historic Preservation Committee.

“It is important that we take the preventative measures necessary to ensure any future shutdown of state government does not mean the loss of sorely needed revenues,” said Senator Turner. “Shutting down state government is a costly measure that we hope never occurs again. But we must be prepared to deal with one if it happens, and to ensure that such action causes the people of New Jersey as little hardship as possible.”

The legislation, S-1457, would clarify the authority of the Governor under the Emergency Management Act to determine that personnel critical to preserving and protecting the state’s financial assets and resources, and state revenue generating activities that are licensed by the state, are essential employees during an emergency that occurs when the state fails to meet its constitutional obligation to enact a state budget act for a fiscal year.

The legislation would include, among others, state lottery employees, and would ensure that state lotteries still occur during a state shutdown, which would prevent the state from a costly loss of revenue. The New Jersey Lottery sold $2.6 billion in tickets during fiscal year 2010. In 2006, state government was shut down for a period of several days, preventing the state from collecting nearly $2 million a day in state lottery revenues. Additionally, the bill would ensure that all tax liabilities that arise from state licensed activities would be appropriately collected and safeguarded.

“When the lottery shuts down, the impact is not just felt at a state fiscal level. It hurts places that sell lottery tickets, like small businesses and mom & pop stores. These are the places that keep our economy moving and we need to assist them in every way we can,” said Senator Turner.

The bill was released 3-1-1 and now moves to the Senate Budget Committee.

“We need to keep moving forward in revitalizing the aging school infrastructure in many of our urban centers,” said Senator Turner, D-Mercer and Chair of the Senate Education Committee. “No child should have to go to school in a building that is crumbling or is overcrowded to a point that it threatens their health and safety and distracts them from learning. We will use these funds efficiently and effectively to build schools that will make kids excited about going to school.” 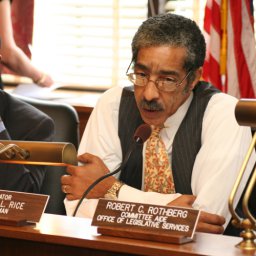 NEWARK – Legislation sponsored by Senator Ronald L. Rice to provide the $3.9 billion in bonding to fund school districts, which he says are “in desperate need of new construction and renovations,” became law today.

“I am extremely happy to see that the children in need will finally be able to receive the school projects that they were promised years ago,” said Senator Rice, D-Essex. “The State Supreme Court has made it clear that children in Abbott school districts must have their educational needs met. I am pleased that my colleagues in the Legislature as well as the Governor recognized the importance of providing safe schools for our children, and supported this measure.” 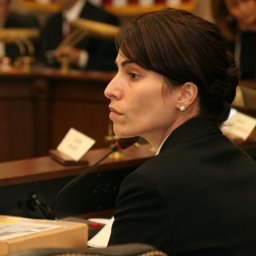 Ruiz Applauds The Enactment Of The School Construction Measure

NEWARK – Legislation co-sponsored by Senator Teresa Ruiz to increase the amount of bonds authorized under the “Educational Facilities Construction and Financing Act” by $3.9 billion became law today at a public bill signing at Oliver Street School in Newark today.

“How can we provide the children of New Jersey with a bright future if we can not even supply safe schools for them to go and learn,” said Senator Ruiz, D-Essex and Union. “Too many of our school are over crowded and need major repairs. I understand that we are in tough economic times, but we need to be responsible for providing a proper learning environment for the children in this State.”

TRENTON – Legislation sponsored by Senator Ronald L. Rice and Shirley K. Turner to increase the amount of bonds authorized under the “Educational Facilities Construction and Financing Act” by $3.9 billion received final legislative approval today when it was approved in the Assembly by a vote of 42 to 36 to 2 and in the Senate by a vote of 21 to 18.

“We made a promise to provide a proper education to all students in the State of New Jersey,” said Senator Rice, D-Essex. ”Unfortunately due to mismanagement of previous school construction funds, the poorest students have been forced to do without the new schools they desperately need. These school construction projects are long overdue, and as a State we can’t afford to put off these projects any longer.”

TRENTON – Legislation sponsored by Senator Ronald L. Rice and Shirley K. Turner to increase the amount of bonds authorized under the “Educational Facilities Construction and Financing Act” by $3.9 billion was approve by the Senate Budget and Appropriations Committee today by a vote of 9 to 4.