According to the ISP’s website, applicants must have served at least 60 days of their sentence in prison. Applicants then must provide a plan for participation in the community once they enter the program, including work or study objectives. A three-member screening board then reviews the application and hears input from those involved with the individual’s offense before making a decision.

“This is the direction we need to go in if we are going to reduce the number of people in our prisons and the costs that come with incarcerating them. Rather than sitting in jail, costing the taxpayers tens of thousands of dollars each year, these individuals now have steady jobs and are making amends to the community for the crimes they committed. This is certainly behavior we need to encourage,” explained Senator Turner.

Additionally, the expansion of ISP is expected to save the State $4 million through 2011 by reducing the prison population by 200 people. Of that amount, $3 million would be transferred to the program for enhanced monitoring, treatment and rehabilitation.

The bill passed the Senate by a vote of 22-17 and the Assembly by a vote of 59-19 and now goes to the Governor’s desk for his signature. 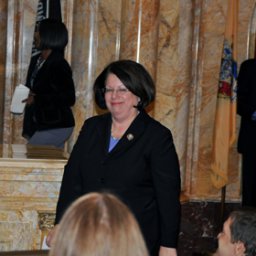