TRENTON – A bill sponsored by Senators Joseph F. Vitale and Fred Madden, Jr. that would put New Jersey in line with the Centers for Disease Control and Prevention (CDC) recommendations to test baby boomers for Hepatitis C was approved today by the full Senate.

“Treatment that is so successful as to remove any trace of the disease now exists. But too often, individuals who have Hepatitis C are unaware until it is too late and the disease has progressed so far that a transplant is necessary,” said Senator Vitale, D-Middlesex, Chairman of the Senate Health Committee. “Early diagnosis is critical for treatment. That is why this life-saving legislation, allowing for the screening of the population that is at the highest risk for the disease, is so important and makes sense.”

The bill, S-483, would require hospitals and health care professionals to offer individuals born between 1945 and 1965 with Hepatitis C testing. Hepatitis C is a liver disease that can lead to scarring of the liver or cirrhosis; eventually it can cause liver cancer, liver disease or liver failure. Those with the disease are often asymptomatic, allowing for the liver to be irrevocably damaged prior to diagnosis and treatment.

“This testing is low-cost and, most importantly, could provide baby boomers with a better quality of life,” said Senator Madden, D-Camden, Gloucester, Vice Chairman of the committee. “The CDC recommends testing because ultimately, it saves lives.”

Under the bill, health care professionals would be required to offer screening tests to all patients within the age range except those who are being treated for a life-threatening emergency, have been previously screened or offered to be screened for the disease, or who lack the capacity to consent to the screening. If the patient tests positive for Hepatitis C, the hospital or health care professional would be required to provide appropriate follow-up care or refer the patient to a professional who can provide follow up care.

Hepatitis C is spread through blood-to-blood contact, often through sharing of needles; although prior to the practice of screening of blood supplies in the United States starting in 1992, many individuals contracted the disease through blood transfusions and organ transplants. In fact, baby boomers are more than five times likely to be infected with Hepatitis C than any other adult due to lax screenings prior to the 90s. The CDC estimates 3.5 million (range 2.5 to 4.7 million) Americans are living with Hepatitis C according to a 2015 study, most of whom fall within this age range. In 2012, the CDC recommended all boomer-aged adults – those born between 1945 and 1965 – be tested for the disease.

New York, Massachusetts, and Connecticut all have similar laws.

The bill was approved with a vote of 35-1, with four abstaining. 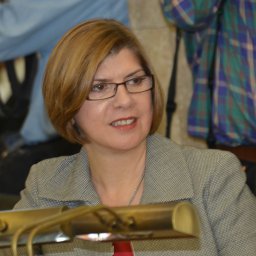