TRENTON – A resolution sponsored by Senate Majority Leader Loretta Weinberg which would memorialize the U.S. Department of Defense and American institutions of higher education to implement policies which protect military service members who seek a college education from being exploited was approved by the Senate Higher Education Committee today by a vote of 4-0.

“As many of our nation’s active-duty military service members return home from extended deployment overseas, they are seeking higher education opportunities to provide a better civilian life for themselves and their families,” said Senator Weinberg, D-Bergen. “We must do all we can to facilitate military members and veterans in receiving a college education, in order to give something back to those who’ve already given so much. At the same time, however, we have to be vigilant against the possibility that these brave men and women in uniform could be taken advantage of by colleges and universities that are more interested in the bottom line than in supporting our nation’s troops as they transition into their post-military careers.”

The resolution, SR-62, would urge the Department of Defense (DoD) and American colleges and universities to implement new policies outlined in the department’s Tuition Assistance Program Memorandum of Understanding (MOU). The MOU provides guidelines to ensure that United States military personnel seeking a college education are not taken advantage of by deceptive or misleading college recruitment practices, failure to disclose financial aid information, and failure to provide adequate access to emotional counseling and other services for injured veterans and veterans dealing with Post Traumatic Stress Syndrome (PTSD). The memorandum provides certain protections and benefits to military service members, including disclosure requirements, access to financial aid advisors and restrictions on a school’s ability to aggressively recruit members of the military, and in order to receive funding under the DoD’s Tuition Assistance Program, a school must sign the memorandum.

Senator Weinberg noted that there have been reports that some educational institutions around the country have exploited service members, veterans and their families. She said that in some cases, institutions have recruited veterans with serious brain injuries and emotional vulnerabilities without providing academic support and counseling, or have encouraged service members and veterans to take out costly institutional loans rather than apply for lower interest Federal loans to which they may be eligible. The DoD set the original signing date for the memorandum as March 30, 2012, but has since revised the MOU and the policies contained within the memorandum have not yet gone into effect. So far, 11 of the State’s 19 community colleges and 7 of the 9 senior public institutions have signed onto the original memorandum.

“It is unconscionable to think that an institution of higher education would try to prey on our nation’s returning military service members to make a quick buck, but unfortunately, that’s exactly what’s happening in some cases,” said Senator Weinberg. “Given all that these folks have sacrificed to defend American interests abroad, they deserve to have access to a quality education when they return home, and to the services and support needed to make that education a reality. I’m happy to see so many of New Jersey’s public institutions of higher education as early adopters of the DoD’s memo of understanding, but the Department and the rest of the nation’s colleges and universities have to speed up their adoption of policies intended to safeguard the promise of higher education for military service members and veterans.” 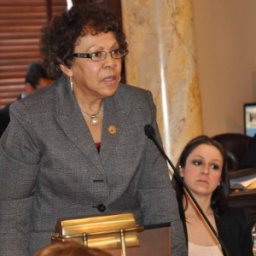