TRENTON – A measure sponsored by Senator Jim Whelan that would change the state’s filing deadline for November school board elections in an attempt to increase the number of individuals running to serve on the boards received final legislative approval today.

“In order to get more people involved in the process of electing school board officials, the Legislature approved a measure last year allowing school districts to move their elections to the November General Election date,” said Senator Whelan, D-Atlantic.  “This law is not only good for our state’s kids, but also for homeowners as it saves the state, municipalities and ultimately taxpayers millions of dollars. An unintended consequence of this legislation is that it lengthened the time between filing to run for school board and the actual election and the filing date now falls at a time when many families are busy with end of school preparations and summer vacations. By moving the filing deadline to July, I am hopeful that we can grow the number of quality individuals who run to represent their communities and our children on school boards.”

The bill, S-2086, would change the deadline for school board candidates to file petitions to the last Monday in July. Currently, candidates must file by 4 pm on the day of the primary, held in June. 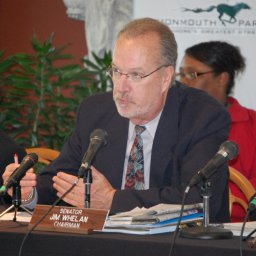