“The economy of South Jersey is very much balanced on the economic vitality of Atlantic City’s casino industry,” said Senator Van Drew, D-Cape May, Cumberland and Atlantic. “If the industry is in danger of collapse, it could mean gigantic increases in the unemployment figures for the South Jersey region, and joblessness, homelessness and loss of health care for the many people who are employed in jobs connected directly or indirectly to the casinos. We need to relieve some of the pressure, and by revisiting some of the outdated restrictions on casinos, we are essentially opening a pressure valve to help stabilize the gaming industry and avoid a free-fall.”

The bill, S-2519, would make various changes to the State’s Casino Control Act to remove minor provisions which hurt the economic vitality of Atlantic City’s casino industry. The bill would remove the registration and licensing requirements for non-gaming vendors who engage in limited transactions with casinos within a given year. The bill would also classify computers used in the monitor room of casinos as non-gaming equipment, allowing for the location of monitoring sites outside of Atlantic City. And the bill would permit a casino licensee to withhold a percentage of a poker tournament prize pool to be used to fund gratuities for tournament dealers.

“Through the provisions of this measure, we’re hoping to reduce some of the paperwork needed for non-gaming transactions in the casinos,” said Senator Whelan. “This bill would also give casinos the option to locate monitoring facilities outside Atlantic City, thereby allowing for economic development in the municipalities neighboring Atlantic City and allowing casinos to use precious floor-space for additional gaming. The poker tournament provision would allow casinos to take advantage of the renewed interest in poker to help compensate the dealers working in high-profile tournaments.”

The bill would also codify the current practice of barring an employee for reemployment for five years if their license or registration has been revoked. Under the bill, transportation would be included among the expenses provided to a casino patron as a complimentary service offered by a casino licensee, in the same manner as room, food, beverage and entertainment complimentary services. Finally, the bill would make changes to casinos’ relationship with the racing industry, allowing casinos to pay more to out-of-State sending tracks for the transmission of simulcast horse races, and would allow casinos to simulcast the Breeders’ Cup World Championships in addition to the regular horse-racing season when the Breeders’ Cup is held in New Jersey.

“Particularly as New Jersey Transit finalizes the details on rail access from New York City and Philadelphia to Atlantic City, and as the resort continues to become a world-class gaming destination, free transportation is going to be a sought-after comp for regular gamblers,” said Senator Van Drew, who sponsored identical legislation last session as the Chairman of the Assembly Wagering and Tourism Committee. “And the horse-racing provisions would allow casinos to help bolster interest in the racing industry and partner with racetracks in New Jersey and out-of-State to strengthen both horse-racing and casinos. I look forward to working with Senator Whelan and all the stakeholders who have an interest in the continued economic strength of the casino industry in Atlantic City as we do whatever we can to help the industry weather the current crisis.”

In addition to the lawmakers’ bill, the Senate Wagering Committee also took testimony from the Stockton Institute for Gaming Management (SIGMA) on their new “Gaming Impact Dashboard,” which measures how the gaming industry’s downturn in Atlantic City has an impact on the lives of individuals and families throughout the State. Senator Whelan noted that the “Dashboard” study underscores the need to ensure a thriving casino industry in Atlantic City.

“The economic reach of Atlantic City’s casinos is incredibly wide, and the damage caused by the gaming downturn in New Jersey affects folks in all corners of the State,” said Senator Whelan. “Whether it’s senior transportation and pharmaceutical assistance, food banks, direct and indirect casino-related jobs, horse-racing, or development and redevelopment funded by the Casino Reinvestment Development Authority, the proceeds from gambling are used for a wide variety of purposes in New Jersey. We cannot view the downturn in Atlantic City’s gambling industry in a vacuum, and must take steps to ensure the survival of the industry beyond the current national economic crisis.” 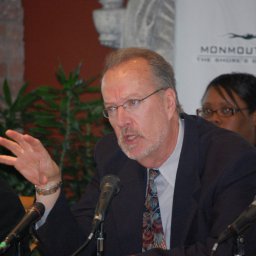