Since the initial statements from Marsha John-Addison and Antisha Meisner, a local Facebook page, We Demand Justice, has brought a deluge of further allegations of discriminatory, inflammatory and sexually inappropriate behavior.

To read the original statements from the two former teachers you can follow the links below:

Read the letter sent to Dr. Lamont Repollet, Commissioner of the Department of Education, below:

I want to bring to your attention some deeply troubling accusations of alleged racism and sexism towards two former teachers at Rancocas Valley Regional High School by the school’s administration and the school board. The teachers, two-tour Iraq war veteran Antisha Meisner and Marsha John-Addison, are both women of color and have both released detailed statements regarding their experiences on their personal Facebook pages.

Since these statements were made public, there has been a flood of accusations made by former students in a Facebook group titled “We Demand Justice”. Since being formed on June 16th, the group has over 3,000 members and contains startling accusations alleging sexually inappropriate behavior between school staff and students, alleged racial bias by teachers against students, alleged refusal by teachers to accommodate student’s 504 Plans, and much more.

Education is a fundamental pillar in our society. I know the vast majority of teachers and school administrators are dedicated, concerned and passionate about their profession. I also know we share the foremost goal of ensuring all students and staff can learn and work in a safe environment free of any kind of
discrimination. Therefore I ask that your department conduct a thorough investigation into this troubling situation as soon as possible. 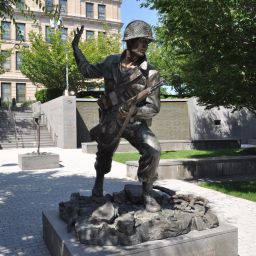