TRENTON – A bill sponsored by Senators John H. Adler and Bob Smith which would exempt renewable energy systems, such as solar panels, from local property taxes was approved today by the Senate by a vote of 37-0.

“With skyrocketing fuel and energy costs, renewable energy is about more than just saving the environment,” said Senator Adler, D-Cherry Hill. “We should encourage more New Jersey families to turn to solar panels, and make sure that people can afford to go green.”

“When one homeowner decides to install a renewable energy system, it’s to everybody’s benefit,” said Senator Smith, D-Middlesex and Somerset. “More and more often, New Jerseyans are considering their personal environmental impact, and doing something about it. Offering a property tax break on renewable energy systems provides added incentive to do the right thing for many homeowners who might be on the cusp, but are concerned about the initial investment in going green.”

The bill now heads to the full Assembly for consideration.

In addition to the Senate Committee substitute for S-241, a bill sponsored by Senator Smith which would allow municipalities to adopt green buildings and environmental sustainability considerations in their master planning was approved by a vote of 38-0.

Senator Smith’s bill, S-1788, would amend the current “Municipal Land Use Law” to allow planning officials to include green buildings and environmental sustainability planning when developing the municipal master plan. Senator Smith noted that giving planning boards the authority to include environmentally-conscious planning decisions in the municipal master plan would encourage the efficient use of natural resources and promote the use of renewable energy on a town-wide basis.

“By giving municipal planning officials a mechanism to consider their environmental impact in planning documents, we’re encouraging them to pursue a green future for their municipality,” said Senator Smith. “Master planning is all about thinking ahead, to consider the needs of your municipality five, ten or twenty years into the future. Giving planning boards the green light to include environmental sustainability and green buildings would ensure that we’re keeping an eye on our shared environmental impact going forward.”

The bill, which was already approved by the Assembly in February, now heads to the Governor to be signed into law. 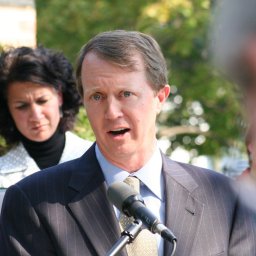 TRENTON – A bill sponsored by Senator John H. Adler which would exempt renewable energy systems, such as solar panels, from local property taxes was unanimously approved by the Senate Economic Growth Committee today.

“The high cost of renewable energy has forced some families in New Jersey to think twice before going green,” said Senator Adler, D-Cherry Hill. “New Jersey needs to do everything it can to encourage families to use alternative, renewable energy sources, and take a strong stand against global warming.” 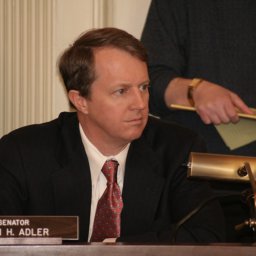 TRENTON – A bill sponsored by Senators John H. Adler and Bob Smith which will exempt renewable energy systems, such as solar panels, from local property taxes was signed into law yesterday by Governor Corzine.

“One of the biggest challenges we face in the next decade is breaking our national reliance on foreign-produced fuel,” said Senator Adler, D-Cherry Hill. “I am sick of sending American money around the world to buy oil from countries that hate us. This law will help us grow our own economy and protect our environment at the same time, while reducing our dependence on foreign oil.” 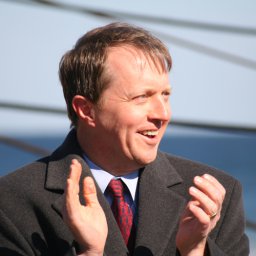 TRENTON – A bill sponsored by Senators John H. Adler and Bob Smith which would exempt renewable energy systems, such as solar panels, from local property taxes was unanimously approved by the Senate Budget and Appropriations Committee today.

“Renewable energy is our best chance to fight global warming and to reduce our carbon footprint,” said Senator Adler, D-Cherry Hill. “We need to do everything we can to make sure that renewable energy systems are affordable for families and businesses and promote green technology.”