TRENTON – Senator Richard J. Codey today applauded Bank of America for putting consumers first by deciding to eliminate overdraft fees on debit card purchases, one of a number of debit practices he is currently fighting to expose under pending legislation.

“This move is long overdue, but certainly welcome,” said Sen. Codey (D-Essex). “Credit card companies have been declining purchases for years if a customer is over their limit. Banks know full well whether a customer has enough money in their account to cover a purchase, yet they let these transactions go through because they see it as a way of making more money, often times at the expense of cash-strapped consumers.”

According to reports this week, Bank of America, the state’s largest bank, said it will start informing customers that they have insufficient funds to cover a particular purchase, rather than allowing the transaction to go through and tacking on a steep $35 overdraft charge. Sen. Codey has been railing against the practice since last year after reports surfaced about the enormous profits the debit card industry has been reaping through exorbitant, and often times hidden, fees.

“Every penny counts, particularly in difficult economic times like these,” added Sen. Codey. “Eliminating overdraft fees is the right thing to do, especially when it comes to these so-called ‘too-big-to-fail’ banks who have accepted billions of their customers’ hard-earned tax dollars to avoid collapse. Tacking on overdraft fees essentially amounts to robbing them when they’re coming and going.”

To address the problems associated with debit card fees, Sen. Codey sponsored a resolution that was approved last year calling on the Federal Reserve to use its muscle to regulate the maze of hidden fees that have cropped up in the growing pre-paid debit card industry. In January, Sen. Codey also introduced new legislation that would require all issuers of pre-paid debit cards to clearly and conspicuously disclose all fees and charges associated with the activation and use of the card, including any dormancy fee for non-use.

Sen. Codey noted that as these cards continue to grow in popularity, more and more consumers have become frustrated by the litany of hidden fees imposed by an industry that preys on both the young and the poor while its revenue is expected to balloon to over $100 billion in the next several years. Sen. Codey said he was inspired to act after reading accounts of the exorbitant hidden fees that, in some cases, depleted much of the funds deposited by hard-working, low-income consumers, a practice that can prove devastating when every nickel counts.

“Essentially you have this cottage industry that’s popped up, which amounts to nothing more than a tax on the young and a tax on the poor because it’s designed to appeal to struggling students and low-income families. We must act now to require a level of transparency that will empower consumers to make smart choices when buying these cards,” added Sen. Codey. 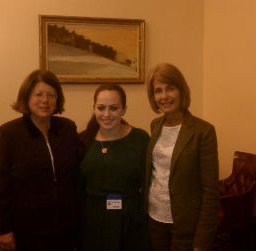 TRENTON – A group of legislators and domestic violence prevention advocates met at the State House today to call attention to a package of bills currently pending before the Legislature that would enact much needed updates to the state’s domestic violence laws.

“Domestic Violence Awareness Month may be coming in October, but domestic violence is an issue New Jersey residents face every single day,” said Senator Barbara Buono, D-Middlesex. “We’re renewing the fight for stronger anti-domestic violence laws now so that as we turn the page to October, New Jersey can move toward becoming a safer place for the victims of domestic violence.”