Measure is Designed to Remove Politics from Prosecution

The provision would not apply to current races already underway, but would go into effect 180 days after enactment. Sen. Codey noted that the provision is consistent with a similar measure that he pushed for in the law that created the position of State Comptroller in 2007. In line with the comptroller provisions, this new bill would also bar the aforementioned officials from holding elective office or holding a position within any political party or club while they are employed as a prosecutor or attorney general.

“This is something I’ve felt strongly about for many years. Seeing that we were able to get it done with the Comptroller, who holds similar powers, I think it’s time we do the same for our other top investigators,” added Sen. Codey. “When you have somebody who wields the power to both investigate and bring charges against another person, you want to be confident that their motives are altruistic.”

The bill has been referred to the Senate Judiciary Committee. 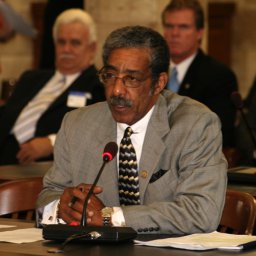