The bill is modeled after recommendations released by the Centers for Disease Control and Prevention (CDC) last fall. In a September 2006 Morbidity and Mortality Weekly Report (MMWR), the CDC estimated that perinatal transmission rates can be reduced to less than two percent with universal screening of pregnant women in combination with prophylactic administration of antiretroviral drugs, a cesarean delivery and avoidance of breast feeding.

Sen. Codey’s bill would require that all pregnant women be tested for HIV as early as possible in their pregnancy and again during their third trimester. Each birthing facility in the state would also be required to test every newborn in its care for HIV.

Sen. Codey noted that testing newborns, regardless of whether the mother’s HIV status is known at the time of birth, serves as a safety net to ensure that all newborns who may be at risk of contracting HIV receive prompt access to treatment. Other states have cited this safety net as particularly important in identifying newborns who may be HIV positive but whose mothers tested HIV negative, possibly because the mother was recently exposed to HIV and had not yet developed antibodies.

The measure would move New Jersey from “opt in” status to “opt out” status, meaning women and newborns would be automatically tested unless they choose, in writing, not to have the test. Sen. Codey noted that the move is designed to increase detection, treatment and prevention of HIV, particularly for segments of the population that are most at risk and often overlooked.

According to the National Conference of State Legislatures and the National Newborn Screening and Genetics Resource Center, New York is the only other state that requires universal testing for newborns, while Connecticut, Illinois and Indiana require testing, only if the mother was not tested during pregnancy and/or if the provider thinks its medically necessary. Of those four states, none require universal opt-out testing for pregnant mothers.

“In a state with some of the highest HIV rates among women, this move should be a no-brainer,” added Sen. Codey. “The additional benefit of testing every woman is that it reduces the stigma associated with testing only those based on their risk behaviors and should, as statistics show, make women less inclined to refuse the test.”

Sen. Codey intends to formally introduce the bill when the Senate reconvenes. 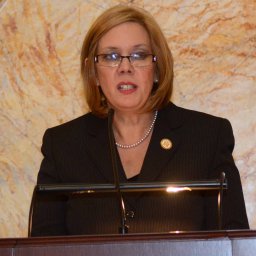