TRENTON – Senator John A. Girgenti, Chairman of the Law, Public Safety and Veterans’ Affairs Committee, today said that his three measures approved by the panel will go a long way in protecting the residents of this State.

The first bill, S-2932, would upgrade the penalties for transporting firearms into the State, for the purpose of unlawful distribution, to a crime of the second degree which is punishable by a term of five to ten years in prison, a fine of up to $150,000 or both.

“Currently bringing guns into this State only carry a penalty of up to18 months in jail and or a fine of up to $10,000,” said Senator Girgenti. “While crime in many categories is down across our state, crimes that are associated with gangs and guns have increased. We need to stop gun violence before it starts by cracking down on those who bring the firearms into our State.”

The second bill, S-2940, would crack down on gang related crimes by creating several new categories of gang crimes with substantial penalties.

“The purpose of this bill is to send a strong message to anyone in a gang or considering joining one to think twice because the penalties will be harsh,” said Senator Girgenti, D-Bergen and Passaic. “Published reports indicate that a common and successful response to gang violence has been ‘get tough’ measures involving enhanced enforcement efforts and harsher penalties.”

“Current law does not permit a municipality to impose residency requirements on police officers as a condition of employment, but they could be imposed on civilian employees such as corrections officers,” said Senator Girgenti. “Unfortunately for many the salaries make it difficult to afford a home where they work. In order to ensure that the residents within our towns are safe, we must relax some of the old residency hiring laws for law enforcement officers.”

The three bills now head to the full Senate for consideration. 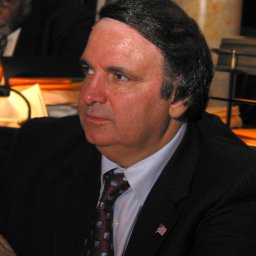 Girgenti Gets Tough On Those Who Transport Guns Into New Jersey

TRENTON – Legislation sponsored by Senator John A. Girgenti, to increase the penalties for anyone who transports firearms into the State, was approved by the full Senate today..

“New Jersey has some of the most restrictive laws in the nation with respect to purchasing handguns; unfortunately, the majority of handguns used to commit crimes in this State originate from Pennsylvania and Virginia,” said Senator Girgenti, D-Bergen and Passaic. “We need to ‘stem the tide’ of illegal guns into the State. We have done a lot to reduce many types of crime in our State, but crimes committed with firearms are still rising and tougher laws are needed to control the gun problem.”