TRENTON – A measure sponsored by Senator Robert Gordon which would amend the “Predatory Towing Prevention Act” to help give more rights to motorists and help prevent dishonest towing companies from preying on drivers received final legislative approval today from the full Senate by a vote of 79 to 0.

“In adopting this bill, we are making a good piece of legislation great by expanding consumer rights,” said Senator Gordon, D-Bergen. “While it is important to follow parking rules and regulations dishonest towing companies cannot be allowed to make their money by patrolling parking lots without permission, and charging exorbitant rates to release vehicles. This bill would ensure that property owners have the final say over vehicles that are parked, legally and illegally, on their property.”

Senator Gordon’s bill, S-2567, would limit the scope of the current law (“Predatory Towing Prevention Act”) by requiring that towing companies have a contract with property owners to operate on the premise, therefore only permitting towing companies that are licensed to tow on a specific property to operate at that location. Current law only requires that private towing companies register with the Division of Consumer Affairs.

The bill would also prohibit towing companies from patrolling private property, looking for vehicles to tow, unless given permission by a property owner.

Under the bill, tow companies would have to receive permission from property owners before towing. Current law requires that notification must be posted at property entrances warning drivers that they could be towed at the owner’s expense. This bill would amend the notification requirement by specifying that property owners must also post signage warning motorists that unauthorized parking could lead to towing, and include the towing company’s contact information and location.

“The impetus for this amended legislation was the amount of complaints I received from drivers who were being charged inflated fees and being exploited by towing companies who would park in lots and wait for drivers to park illegally,” said Senator Gordon.

This measure was approved by the Senate Transportation Committee on March 9, 2009. It now heads to the Governor’s desk where his signature would make it State law. 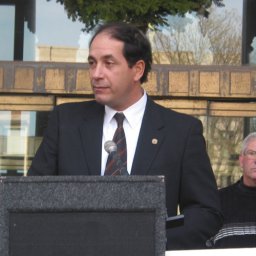 TRENTON – A measure sponsored by Joseph F. Vitale and Fred H. Madden that would require all registered health clubs in New Jersey to have an Automated External Defibrillator on site and have employees trained in its use was unanimously approved today by the Senate Health, Human Services and Senior Citizens Committee.

“When a person goes into cardiac arrest, the time between the onset of arrest and medical treatment can literally mean the difference between life and death,” said Senator Vitale, D-Middlesex, who chairs the Senate Health, Human Services and Senior Citizens Committee. “Rapid response to a cardiac emergency is key to ensuring survival. Requiring defibrillators in gyms and health clubs, where patrons might be more susceptible to cardiac distress, makes sense and will undoubtedly save lives in New Jersey. 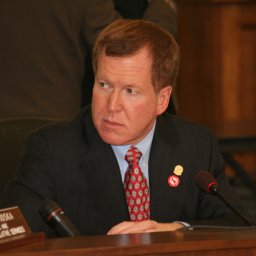 TRENTON – A measure sponsored by Senator Robert Gordon which would amend the “Predatory Towing Prevention Act” to help give more rights to motorists and help prevent dishonest towing companies from preying on drivers has been signed into law.

“The focus of this new law is to clarify the rights of motorists,” said Senator Gordon, D-Bergen. “While parking rules and regulations are absolutely necessary to help keep order on our roadways, dishonest towing companies will not be permitted to make their money by patrolling parking lots without permission, and charging excessive rates to release impounded vehicles. This law will ensure that property owners have the final say over vehicles that are parked, legally and illegally, on their property.”