Trenton – In an effort to prevent the risks that are associated with newborns being infected with congenital cytomegalovirus (cCMV), the Senate Health, Human Services and Senior Citizens Committee today passed legislation sponsored by Senator Linda Greenstein which would require newborn infants to be screened for the potentially deadly virus as well as raise public awareness for the infection.

“Cytomegalovirus is a common viral infection, with children being the biggest carriers of the virus,” said Senator Greenstein (D-Mercer/Middlesex). “While the virus is mostly harmless and rarely causes illness, if a pregnant person is infected, they can potentially pass it on to their developing infant, causing the cCMV infection, which occurs in 1 in every 200 newborns. 1 in 5 of those affected will end up developing permanent health problems, with as many as 400 infants passing away each year as a result of the disease. The spread of this virus can be easily avoided with testing and awareness, and if this bill is enacted, we can potentially save the lives of many infants.”

The bill, S-3975, would permit the Department of Health (DOH) to charge a reasonable fee for a cCMV test. The bill would also require infants to be screened for cCMV beginning six months after the occurrence of the following:

This bill was championed by 9th grader Eva Drennan, who was inspired to take action on this issue after her teacher, Jennifer Gallagher, unknowingly contracted CMV while pregnant with her son, Rocco. As a result of contracting the virus, Rocco has been diagnosed with cerebral palsy.

“Life is such a precious thing and not being able to enjoy it just like anyone else is heartbreaking,” said Drennan. “Rocco, and others like him, are unable to enjoy life the way we do simply because of the lack of awareness about this disease. If this past year has shown us anything, it is to prioritize our and others health. This bill will not only raise awareness, but it will ensure parents will never have to hear that their child will never be able to do anything for themselves.”

Following the review completed by the DOH, the cCMV test will be recommended to be included in New Jersey’s Newborn Screening Program with subsequent approval by the Commissioner of Health.

Additionally, the Commissioner of Health would be required to establish an awareness campaign to educate those who are pregnant about cCMV and the value of detecting the virus early, interventions for the infection and its possible treatments.

The bill was released from committee by a vote of 6-0. 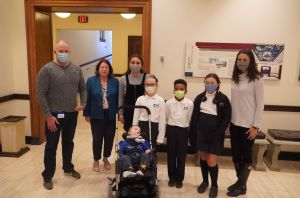 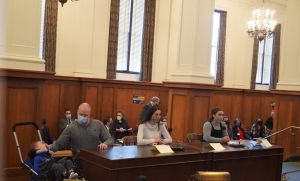