Trenton – Senator Linda Greenstein presented a resolution to students of Hightstown High School today, recognizing their outstanding achievement in drafting and lobbying for legislation that was signed into federal law by the President of the United States.

“No other high school class has ever accomplished this feat in the history of the country,” said Senator Greenstein (D-Mercer/Middlesex). “The students from Hightstown High School should be proud of their unwavering dedication in their fight for transparency, and for unlocking the door that has been depriving communities still feeling the pain of civil rights era hate crimes from the truth. They fought for their bill, gained bipartisan support and saw their idea signed into law by the President of the United States of America. They are a testament to what is possible when you fight for what you believe in.”

The Civil Rights Cold Case Records Collection Act creates a five-person review panel, appointed by the president, to view documents of civil rights cold cases and determine what should be un-redacted, declassified and disclosed to the public.

The students were inspired after watching documentaries on civil rights pioneers and seeing the difficulties they endured. They set out with a goal, determined to solve unresolved hate crimes from the era, in an effort to bring peace of mind to families impacted.

The students filed Freedom of Information Act requests, which revealed the true difficulty of retrieving information. They received heavily redacted documents some with entire pages redacted, and in some instances they received no response at all to their requests.

Legislative District 14 Issues Statement on the Death of Samantha Josephson 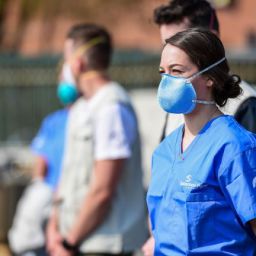