The bill, S-881, would expand the number of criminal offenders eligible for treatment for drug or alcohol addiction under supervision of the State’s drug court programs by removing some of the disqualifications currently in place for eligibility into those programs. Under the bill, two of the existing mandatory criteria for eligibility – that the offender in question have no more than one prior conviction for a first or second degree crime, and that the criminal offense in question was committed under the influence or to support drug or alcohol dependency – would be made permissive, rather than mandatory, giving courts more discretion in placing individuals in the drug court program. The bill would additionally allow individuals currently serving a sentence of incarceration, or convicted and awaiting a sentence, to request that their eligibility for the drug court program be re-evaluated based on the new criteria for eligibility.

“When I was robbed in my home in 2009, the individuals who committed the crime were looking for a way to fund their respective drug habits,” said Senator Lesniak, who was held up in his Elizabeth home. “One of the men, Brian Kinney, was able to go into drug court, rather than incarceration, and his likelihood of recidivism is less than that of his partner, Antoine Neal, who had a prior 2nd degree offense and was thus ineligible for the vigorous drug treatment program.

“Incarceration for drug-addicted criminals does not make sense, and study after study shows that the recidivism rate is highest among criminal ex-offenders battling substance abuse issues,” added Senator Lesniak. “It’s time to fix the inequities in the current criminal justice system which create a predisposition for repeat offenses from drug-addicted offenders.”

Finally, the bill would create a two-year pilot program that would mandate access to special probation under drug court in two selected vicinages – one in northern New Jersey and one in southern New Jersey – for any offender with a drug problem who is not disqualified from the drug court program under the revised criteria in the bill. The Administrative Director of the Courts would submit reports to the Governor and the Legislature, beginning the year after the effective date of the bill, tracking the completion and revocation rates for people admitted to drug court, as well as the recidivism rates of graduates, the costs associated with implementing mandatory drug court, and any other information that may indicate the efficacy of the program. 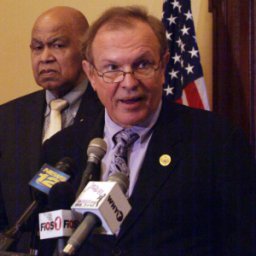