TRENTON – Legislation sponsored by Senator Fred H. Madden requiring all school buses to be equipped with motion sensors to determine the presence of pedestrians in the front or back of the bus was approved today by the Senate Budget and Appropriations Committee.

S-2011 would require the State Board of Education, in consultation with the Chief Administrator of the New Jersey Motor Vehicle Commission, to establish regulations on the design and installation of the sensors.Some sensors rely on reflected radar waves and others use a Doppler radar to detect objects in a bus’s danger zone.

“Requiring these sensors on school buses will provide drivers with the tools they need for safer driving,” said Senator Madden (D-Camden and Gloucester). “This technology is similar to the type of sensors that are found on newer cars, so equipping school buses with these devices is a sensible step. In addition to providing drivers with the ability to better detect whether pedestrians are in their blind spots, this law will give parents reassurance that there is safety in and around the transportation their son or daughter takes daily.”

The bill is named “Abigail’s Law” in honor of Abigail Kuberiet, a toddler who was struck and killed by a school bus in South Plainfield when she wandered in front of a stopped bus following her mother who had put her 5 year old child on the bus.  The driver was unaware of Abigail’s presence because her small size made it impossible to see her from the driver’s seat.

In Waterford Township last year, 6-year old Edmond Bock IV walked in front of a stopped bus towards the passenger side to get on the bus.  The school bus began to drive off as Bock was walking and the boy was struck and killed.

S-2011 was approved 13-0 and now heads to the full Senate for consideration. 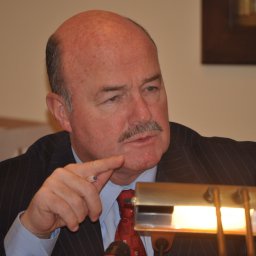