The new law, S-2686, known as the Sexual Assault Survivor Protection Act of 2015, would permit victims of nonconsensual sexual contact, sexual penetration, lewdness, or attempts of such acts to apply for a temporary protective order with the Superior Court. This law will specifically apply to cases in which the victim does not have a domestic relationship with the perpetrator and if he or she decides not to file a criminal complaint.

“For many individuals, it is an everyday struggle to live knowing that someone can harm you. This is especially true for sexual assault survivors whose attackers are free and could potentially strike again,” said Senator Pou (D-Bergen, Passaic). “This is why this initiative is critical for victims seeking protection but who may find it difficult because of conditions under the rules as they existed. With this new law, protection will extend to all residents seeking restraining orders from assailants whether or not there is a pre-existing relationship, which will provide the legal support necessary to help prevent future attacks.”

“This new law ensures that all sexual assault survivors receive the same immediate, responsive protection from being re-victimized – regardless of the nature of their relationship with their attacker,” said Senator Jennifer Beck (R-Monmouth). “As a former rape crisis advocate, I know how important it is to help survivors restore a sense a safety and security following an attack. We have seen how effective restraining orders can be in protecting domestic violence victims. This law provides survivors with the same, life-saving protective orders. I commend my legislative colleagues and the governor for enacting this vital solution to help countless victims across our state.”

The protective order will prohibit an offender from entering a victim’s residence, school or place of employment and can require an offender to stay away from places where the victim frequently visits, according to the law. The perpetrator can also not be allowed to have contact or communication with the victim. This includes committing acts of stalking and harassment. Additionally, the court can file an emergency protective order on behalf of the individual without notification to the offender when necessary in order to ensure the safety and well-being of the victim. Also under the law, the Administrative Office of the Courts will establish and maintain a central, confidential registry of all protective orders and all persons charged with a violation of such orders, which will be available to certain law enforcement and child protection officers.

A person who violates the order will be charged with a criminal offense of the fourth degree, which is punishable by up to 18 months in prison and a maximum of a $10,000 fine. Under the law, a person convicted of a second or subsequent non-indictable offense will be required to serve a minimum of 30 days in prison.

The law also notes that if a victim is under 18 years old,  has a developmental disability, a mental illness or defect that impairs their ability in providing consent, the court will allow a parent or guardian to file an application on their behalf.

Under the existing laws, protective orders are issued for individuals who are or were formerly married, living together, in a dating relationship or have a child in common with an offender. In 2007, a law was enacted authorizing the courts to issue restraining orders against individuals charged with a sex offense as a condition to the person’s pre-trial release. Under this process, the court may then continue to implement this order if the person is found guilty. The law signed today by the governor will expand protections to allow a victim to seek a restraining order against a perpetrator regardless if criminal charges are filed.

The New Jersey Coalition Against Sexual Assault estimates that roughly 300 sexual assault survivors a year will seek a restraining order if given the opportunity under this new law. Twenty-three states have passed similar laws, including Texas, Montana, South Dakota, and Pennsylvania.

The bill was approved by a vote of 40-0 and passed the Assembly with a vote of 73-0 in June. It will take effect on the 180th day following enactment. 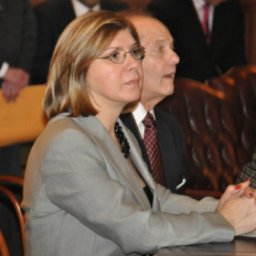