Mandatory Movement to Direct Deposit to Save $500,000 Annually

“It’s the 21st century and it’s time the state of New Jersey began acting like it,” said Ramos (D-Hudson). “There’s no excuse as to why the state insists on physically mailing pay stubs that are sealed in an envelope, printed on paper, stamped and labeled. This is a recurring administrative cost that the state incurs for thousands of employees.”

“In the long-run, this initiative will save a considerable amount in taxpayer dollars. The fact is every penny government can save, is a penny that can be either reinvested in vital programs or returned to taxpayers,” said Gordon (D-Bergen/Passaic). “I applaud the Governor for signing this piece of legislation.”

Already an option for public employees, the bill (A-720/S-2090) makes direct deposit mandatory for all state employees as of July 1, 2014, and would allow counties and county colleges, municipalities and school districts to make such a change upon passage of a local ordinance or resolution.

In addition, employees would be given access to Internet-based information concerning net pay, accompanying information, and W-2 forms, eliminating those paper forms. Employees who can show a hardship would be able to request paper checks and forms.

According to the state Department of Treasury, approximately 20,000 state employees receive paper paychecks. 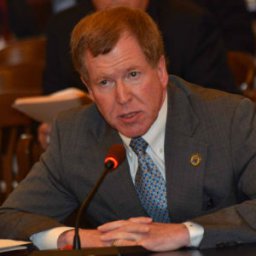 TRENTON – Legislation Senator Bob Gordon sponsored to require all public employees to have their pay deposited directly into their bank accounts – as opposed to receiving paper checks – was today released by a Senate committee.

“There are many costly traditions government clings to just because it’s the way things have always been done, and the reliance on cutting physical paper checks to employees is one of those things,” said Gordon (D-Bergen/Passaic). “But there’s a real cost to maintaining those traditions, and they make less and less sense when cost-effective, less wasteful means for paying employees already exist. Direct deposit is already the preferred method for paying employees in the private sector. It’s time the public sector follows suit.”

TRENTON – A bill sponsored by Senator Paul A. Sarlo which would change language in the Fiscal Year 2005 budget to provide more funding for medical day care providers was signed into law today by Governor Richard J. Codey.

“The State’s medical day care providers offer New Jersey’s residents an invaluable service, providing top notch care for those who would otherwise be without,” said Senator Sarlo. “Whether caring for disabled adults or children with unique medical needs, medical day care facilities extend critical care to an underserved population, and the State must provide the support and resources necessary to help them fulfill their mission.”