The first bill, S-2372, would require residential facilities to install and maintain a generator sufficient to power the entire facility for extended power outages. He said that he would be open to writing in a clause that would have the State partner with facilities to help defray some of the added cost in upgrading existing equipment. His bill would also require that the equipment be inspected once a month, to ensure that it would be functional if needed.

Senator Rice noted that residential facilities for senior citizens and individuals with disabilities are already required under law to have back-up generators in place. However, under current law, these generators are only required to provide power to common areas within the facilities. As a result, residents did not have power within their living quarters, and many hallways remained dark for more than a week as crews attempted to repair the damage to electrical lines.

“Many of the residents in these types of facilities have limited mobility, many require constant medical attention and life support systems, and some do not have the family support network in place to provide care during an extended power outage,” said Senator Rice. “While residential facilities were equipped with power generation equipment for the common areas, most did not have generators that were sufficient to power the entire facility for an extended period of time. For our most vulnerable residents, we have to do better, and ensure that they are taken care of during extended power outages.”

The second bill, S-2373, sponsored with Senator Sandra Bolden Cunningham, D-Hudson, would require electric public utilities to create and provide to the mayor of each municipality within their service territory a copy of the electric circuit map within 90 days of the effective date of the bill, and once every five years thereafter. The map could be in printed or electronic format, and must show the entire electric distribution system within the municipality, allowing a user to follow the electric circuitry of each individual street of that municipality. The bill would not interfere with any Board of Public Utilities regulation which may require electric providers to install and maintain an outage management system capable of digitally mapping the utility’s entire electrical distribution system.

“While municipal employees may not be able to perform maintenance on electric distribution equipment, they can do some of the ancillary work needed to get these systems back online,” said Senator Rice. “By providing municipal officials with a detailed, easy to follow map of the municipal electric circuit, we’re giving them the information they may need to understand how outages affect their residents, and why some streets may come up before others. But we’re also empowering these officials to mobilize their DPW crews to safely work to clear debris and ease the restoration of power within the municipality, and hopefully, that will shorten the duration of power outages in the future.” 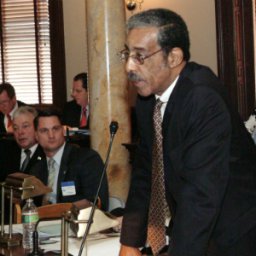