TRENTON – The Senate approved legislation today sponsored by Senator John H. Adler that would provide consumers with the tools needed to protect themselves from deceptive practices used by unscrupulous insurance brokers and financial planners.

“Seniors in New Jersey are continuously targeted by unethical insurance brokers looking to sell unnecessary annuities to retirees,” said Senator Adler, D-Cherry Hill. “This measure takes aim at the latest scam where these individuals use impressive-sounding, but ultimately meaningless titles that give seniors a false sense of expertise.”

Senator Adler added, “In the end, these cheats only jeopardize the financial security of their victims.”

Senator Adler wrote the bill after reading an article in the July 8, 2007 New York Times regarding certain unscrupulous trade practices by both insurance producers and insurance companies whereby producers obtain suspect credentials or titles that seem to vest them with an expertise in products for senior citizens. The article documented a trend of financial planners using impressive sounding, but virtually meaningless titles like “registered financial gerontologist” and “certified elder planning specialist” to steer seniors into financially unwise investments.

“Unfortunately, the ‘credentials’ these scam artists are promoting require little more than a few hours and a small fee to obtain. These credentials are not recognized by the State and don’t denote any actual expertise, but they do unfortunately provide seniors with a false sense of security,” explained Senator Adler.

Specifically, the bill would prohibit insurance producers from using any certification or title in business cards or other marketing materials that is not specifically issued or recognized by the State. Additionally, insurance producers would only be allowed to obtain education credit towards licensing or licensing renewal from courses of study that are approved by the Commissioner of Banking and Insurance.

“At the end of the day, New Jersey residents need to know that when their investment adviser claims to have advanced credentials and training, that they really have true expertise in a field,” explained Senator Adler.

The bill also provides two new tools for consumers to use in determining if an investment product is financially sound. First, insurance producers would be required to produce a one-page suitability form that outlines the terms and conditions of any annuity they offer a client. Second, purchasers of annuities would have a 10-day rescission period to get a second opinion or change their mind and get their money back if they decide the annuity is not in their best interest.

According to Senator Adler, an annuity is an insurance contract where an individual pays an insurance company a set amount of money in return for guaranteed periodic payments until death.

The bill passed the Senate by a vote of 39-0 and awaits a final vote in the Assembly before going to the Governor’s desk for his signature. 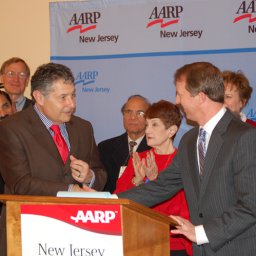 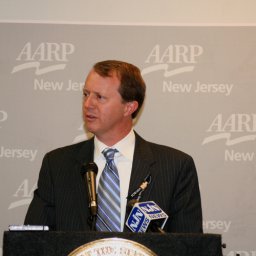 PRINCETON – A measure sponsored by Senator John H. Adler which would provide consumers with the tools necessary to protect themselves from deceptive practices by dishonest insurance brokers and financial planners was signed into law today by Governor Corzine. The public bill signing took place at AARP’s New Jersey State Office in Princeton.

“‘Get-rich-quick’ schemes have been around since the beginning of time, but this law will send a clear message that we will not allow the much-needed finances of our seniors to be compromised,” said Senator Adler, D-Cherry Hill. “The idea for this legislation came to me one morning while I was sitting in my kitchen, reading the paper. As legislators, we have to be able to anticipate problems like these before they become crises – I wish officials in Washington would do the same thing.” 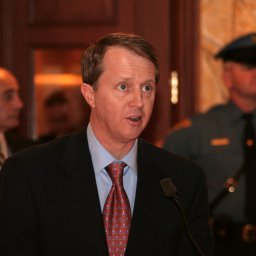 TRENTON – Senators John Adler and Robert Singer and Assemblywoman Linda Greenstein will join Patrica Kelmar of NJAARP tomorrow to introduce new legislation that will provide consumers with new protections against hard-sell pitches from the insurance industry.

Also on hand will be Kathleen Statue, the daughter of Edith Baker, a Flemington woman who was deceived by a financial planner into buying an unnecessary annuity. 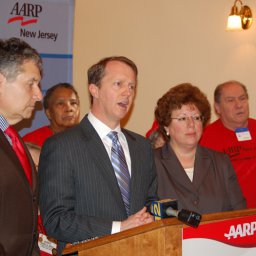 TRENTON – The Senate Commerce Committee approved legislation today sponsored by Senator John H. Adler that would provide consumers with the tools needed to protect themselves from deceptive practices used by unscrupulous insurance brokers and financial planners.

“Seniors in New Jersey and across the country are repeatedly targeted by less than honest insurance brokers looking to sell unnecessary annuities to retirees,” said Senator Adler, D-Cherry Hill. “This bill takes aim at the latest scams – using impressive-sounding, but otherwise meaningless titles to make it seem like they have expertise in financial planning. Instead, they only jeopardize the financial security of their clients.”