TRENTON – Legislation Majority Leader Barbara Buono and Senator Shirley Turner sponsored to provide tax credits for homeowners and businesses seeking to rehabilitate historic homes was today passed by the Senate and sent to the Governor.

The lawmakers said providing tax credits would spur job growth in the construction trades, as has been seen in the 31 other states with similar programs, and is vital to preserving the state’s history.

“In state after state, the facts show that historic preservation tax credits put people back to work, help governments strengthen their bottom line and create sustainable, livable communities,” said Buono. “It is well past time that New Jersey use this tool to revitalize our own neighborhoods. If we let continue to let the historic homes that line our streets crumble, we are allowing the history of our state to crumble.”

The bill is part of the Back to Work NJ jobs and economic development initiative.

The Historic Property Reinvestment Act (A-1851/S-659) would create two tax credits for 25 percent of the taxpayer’s outlay for rehabilitating a historic property: one for homeowners, which would be capped at $25,000 per property during a ten-year period; and one for businesses, which would be uncapped. The homeowners tax credit would apply against the homeowners’ gross income tax liabilities, while the business tax credit would apply against the businesses’ corporation business tax and insurance premiums tax liabilities.

Homeowners would be required to invest up to 60 percent on the rehabilitation costs in the interior of a building, and would have to make the building their principal residence for one full year following the end of construction; rehabilitation costs would have to be at least 50 percent of the equalized assessed value of the structure. Businesses seeking the tax credit would be required to – within either a 24-month or 60-month rehabilitation period – have eligible rehabilitation expenditures of either $5,000 or the property’s adjusted basis of the structure used for federal income tax purposes, whichever is greater.

“Few things are worse than seeing a wonderful old building in a historic district sitting vacant and lifeless,” said Turner. “This tax credit is vital to repurposing buildings that others thought had lost their purpose. It will reinvigorate the building trades and safeguard our state’s history. These renovated buildings can be the anchor from which entire cities and towns can reenergize.”

If enacted, New Jersey would be the 32nd state to implement a historic rehabilitation tax credit. In Maryland, Virginia and Rhode Island, analyses of those states’ tax credit programs have found that each dollar credited returns as much as $8 to state coffers through increased economic activity.

Historic rehabilitation projects also have been found to create more jobs per dollar of output than either manufacturing or new construction. Missouri created 6,871 jobs and saw $60 million in new state and local tax revenue in the first four years of its tax credit program.

Rhode Island saw an nearly eight-fold increase in rehabilitation projects in the first five years of its credit program as opposed to the five years before it was enacted. According to National Park Service data, there were only two historic commercial revitalization projects completed in New Jersey in all of 2009.

“Preserving our history can create countless jobs and breathe new life into entire communities,” said Buono (D-Middlesex). “History isn’t just significant events, but also the structures that defined our rise from a farming state to industrial powerhouse. Countless homes that line the streets of our cities and downtowns are a living piece of our history, and many of them are quickly falling into disrepair.” 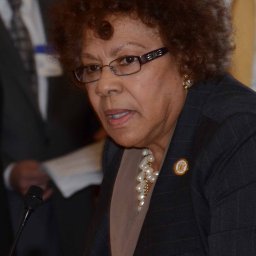 Buono said providing tax credits is vital to preserving the state’s history, and would spur job growth in the construction trades, as has been seen in other states with similar programs.