“As one of the original thirteen colonies, New Jersey has a rich history that spans more than three centuries,” said Senator Buono (D-Middlesex), Chair of the Committee. “New Jersey needs to use our historical landmarks much more effectively as part of our tourism industry. This task force will explore ways in which we can accomplish this goal and make New Jersey a leading destination for heritage tourism.”

Senator Buono’s bill, S-2772, would establish the “New Jersey Heritage Tourism Task Force.” The task force would develop a heritage tourism master plan with recommendations that would include ways to improve road signage on the State highways directing visitors to sites, methods to improve the efforts of State, county and municipal agencies in focusing more significantly on heritage tourism, and potential sources of stable funding for the improvement and maintenance of historic sites available for heritage tourism.

This bill is a direct result of the concerns and recommendations brought to the Committee at their June 8 hearing on heritage tourism at Walnford Mill in Upper Freehold.

“During our June hearing, the Committee learned about some of the heritage tourism efforts in neighboring states. By examining those efforts and adapt their successes to our own heritage resources, we can add an entire new facet to our tourism industry and attract an entirely new group of tourists to New Jersey,” explained Senator Buono.

“I have repeatedly heard two requests from those working in New Jersey’s tourism industry – that we need a comprehensive statewide inventory of historic places and a reliable source of funds to maintain those sites,” added Senator Buono. “When this task force has completed their efforts, not only will we know what landmarks are available to integrate into our heritage tourism efforts, but we will also have a better idea of the support these sites will need to stay well maintained.”

The task force would be funded by up to $135,000 from the Historic Preservation License Plate Fund and would need to present its findings to the Governor and Legislature within 18 months of its organization.

“New Jersey is home to a rich historic legacy, from Colonial times to the Revolutionary War all the way through the Industrial Revolution,” said Senator Buono (D-Middlesex), Chair of the Committee. “This task force will explore ways in which we can marry our historic treasures with our tourism industry to make New Jersey a leading destination for heritage tourism.” 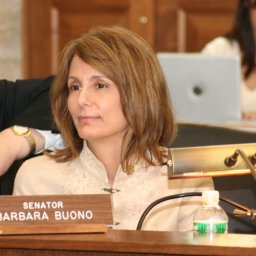