“We have to maximize the impact of public and private resources to create jobs and generate economic growth,” said Senator Sweeney (D-Cumberland, Gloucester, Salem). “Public-private partnerships are an innovative way to permit a wider array of entities to engage the private sector in order to advance critical infrastructure and facilities projects. It will be good for the state.”

The bill, S-891, would allow government entities to enter into P3 agreements under which the private entity assumes financial and administrative responsibility for the development, construction, reconstruction, repair, and maintenance of a project financed in whole or in part by the private entity. The public entity would be allowed to become the owner or lessee of the project, could issue debt to pay for their obligation, and would be exempt from public procurement and contracting requirements.

“Public-private partnerships offer the opportunity for a win-win scenario, and governments at all levels should be permitted flexibility in financing their capital needs given proper oversight,” said Senator Whelan (D-Atlantic). “They are an important way to stretch scarce public dollars in order to complete needed projects that will benefit our residents, create jobs and economic growth.”

Under the bill, S-891, local government units, school districts, State government entities, and the New Jersey Institute of Technology would be eligible to enter into public-private partnership agreements with private entities. Under current law, a State college or county college, as well as Rowan University, is already authorized to enter into public-private partnership agreements.

“We’ve seen success stories through these kinds of innovative partnerships both in New Jersey and other states, so expanding eligibility to additional public entities will allow us to enhance the economic benefits,” added Senator Whelan.

The use of P3s has already proven successful at institutions of higher education, which have entered into public-private partnership agreements to provide for the on-campus construction, reconstruction, repair, or extension of buildings. The College of New Jersey’s $120 million Campus Town was constructed with a public-private partnership, providing much needed student housing and amenities to the college and Ewing communities, and other projects at Montclair State University and Ramapo College were completed under the existing program. According to NJEDA estimates, almost 2,600 jobs were created. and student capacity, infrastructure quality and overall appeal of the schools improved.

The bill also requires that workers employed in the construction, rehabilitation, or building maintenance services of a project under a public-private agreement be subject to the applicable provisions of the “New Jersey Prevailing Wage Act;” that building construction projects undertaken contain a project labor agreement; and that the general contractor, construction manager, design-build team, or subcontractor for a project is registered and classified by the State to perform work on a project.

Under the bill, a public-private partnership project may be structured using availability payments as a financing method. However, the bundling of multiple projects would be prohibited. 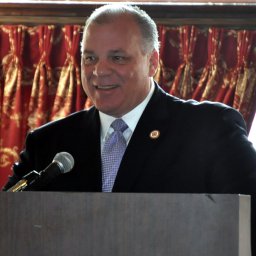