TRENTON – Legislation sponsored by Senate Environment and Energy Committee Chairman Bob Smith that would provide financing for municipalities that wish to facilitate the purchase of renewable energy systems or energy efficiency improvements by property owners was approved yesterday by the Assembly.

To participate, municipalities would apply to the BPU for entrance into the program. They would then be eligible to borrow funds from the EDA for use for financing and installation of renewable energy systems and energy efficiency improvements either by individual property owners or by groups of property owners who wish to participate jointly in a community renewable energy project. The loan would be secured by a special assessment on the improved property.

Proceeds from the sale of the solar renewable energy credits and the special assessment payments received from the municipalities to the EDA would be used to pay bondholders and investors as well as to provide financial incentives to municipalities to participate in NJ PACE.

“Not only will this system provide homeowners with the cheapest possible financing since EDA funds are tax-exempt and with the lowest-available interest rates, it will also provide homeowners with energy efficient homes, saving them money on their monthly electric, gas or water bills,” Senator Smith added. “Simultaneously, the municipalities would benefit with homes that are more valuable, which would be reflected in the tax assessment. Most importantly though, they would see the properties and homeowners in their communities moving towards greener, sustainable living.”

The bill passed the Assembly 45-25-1. It was approved by the Senate in June and now heads to the Governor’s desk to be signed into law. 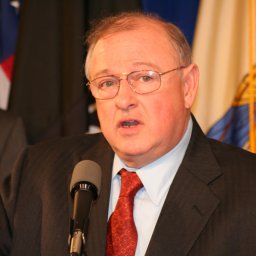 TRENTON – Legislation sponsored by Senator Bob Smith that would provide financing for municipalities that wish to facilitate the purchase of renewable energy systems or energy efficiency improvements by property owners was released today by the Assembly Telecommunications and Utilities Committee.

“By providing loans to property owners, NJ PACE will provide New Jersey municipalities with the resources they need to strengthen their communities by increasing the usage of clean and safe renewable energy,” said Senator Smith (D-Middlesex). “These loans will make it affordable and sensible for businesses, families and local communities to invest in renewable energy sources, reducing their energy costs and protecting the environment.”