Smith Bill To Include Public Voice In Beach Replenishment Approved

TRENTON – A bill sponsored by Senator Bob Smith which would require the Department of Environmental Protection (DEP) to hold a public hearing and allow for public comment on shore protection projects was approved today by the Senate by a vote of 39-0.

“This past summer, the Senate Environment Committee held a public hearing on beach replenishment in Toms River, and we were able to learn a lot by taking the hearing to the people of the Jersey Shore,” said Senator Smith, the Chair of the Environment panel. “Those who testified let us know that, other than our hearing, they were never given a chance to have public input on shore protection projects, even when those projects were taking place in their own back yards. As a matter of fundamental fairness, we need to give property owners and beach advocates the chance to let their voices be heard before we begin major shore protection projects.”

Senator Smith’s bill, S-2240, would require the DEP to hold public hearings and allow for public comment at the conclusion of the feasibility study phase for proposed shore protection projects. This bill would apply any time the State enters into an agreement with the Army Corps of Engineers to assume responsibility as a non-federal sponsor of a shore protection project. The bill is in response to the August hearing of the Environment Committee, in which members of the public requested a way to voice their concerns over pending shore protection projects.

“It is patently unfair to ask shore residents to live with the ramifications of major shore replenishment and protection projects without at least giving them a voice in the process,” said Senator Smith. “While I understand that many of these projects are necessary to preserve the shore ecosystem, we need to be able to achieve balance between the rights of homeowners and the needs of the environment. By allowing property owners and beach advocates to be a part of the decision-making process, we can get a localized perspective and achieve balance.”

Smith Bill To Include Public Voice In Shore Replenishment Projects

TRENTON – A bill sponsored by Senator Bob Smith which would require the Department of Environmental Protection (DEP) to hold a public hearing and allow for public comment on shore protection projects was unanimously approved today by the Senate Environment Committee.

“Over the summer, we held a public hearing in Toms River on a number of shore protection issues, and one of the key points we gleaned from that was that we need to be more responsive to the people we’re trying to protect at the Shore,” said Senator Smith, the Chair of the Environment panel. “Many of those that testified were never given a proper public forum to object, despite the fact that beach replenishment was going on, in some cases right in their own backyards. We need to ensure that the public’s voice is heard before we begin fundamentally changing the way of life for those who live at the Jersey Shore.” 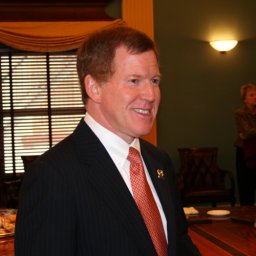 TRENTON – A group of measures sponsored by Senators Loretta Weinberg and Bob Gordon, which would help to promote relations between New Jersey and Israel was approved today by the Senate State Government Committee.

“The trade and cultural exchanges that we have with Israel are reason enough for us to celebrate its 60 anniversary; however, to those of us who practice Judaism, these 60 years have had even more meaning,” said Senator Weinberg, D-Bergen, who serves as Vice Chair of the Senate State Government panel. “As our greatest ally in the middle east, we are delighted that the Legislature offers these congratulations to our ‘Sister State.’”

“Twenty years ago, New Jersey and Israel entered into an agreement to commemorate the 40th anniversary of the founding of the State of Israel,” said Senator Gordon, D-Bergen. “By codifying the Commission, we would be protecting the current agreement covering exchange programs we have with Israel, while also congratulating our ‘Sister State’ on reaching this new milestone.”