TRENTON – A pair of bills sponsored by Senator Bob Smith which would guarantee funding for municipal recycling programs and create a statewide electronics recycling initiative were approved by the Senate today.

“New Jersey was once a national leader in our efforts to promote recycling, but have since fallen to the back of the pack,” said Senator Smith, D-Middlesex and Somerset, the Chair of the Senate Environment Committee. “We need to do more to reenergize our State’s recycling profile, and ensure sustainable, effective programs to deal with new trends in recycled waste. These bills would put the Garden State back on the right track, and ensure a greener legacy to impart to future generations of State residents.”

The first bill in the package, S-554, would create a Statewide electronic waste management program for computers and televisions. Under the compromise legislation, the New Jersey Department of Environmental Protection (DEP) would collect a registration fee on television manufacturers currently selling new televisions in New Jersey to fund county- and state-based TV recycling efforts. Recycling of computer equipment would be managed by computer manufacturers, under plans approved by the DEP.

“Electronics recycling poses one of the greatest challenges of the 21st century,” said Senator Smith. “As technology expands, today’s home electronics are becoming obsolete at a much faster rate, and tons of recyclable material is entering the State’s waste stream every year. Through this legislation, we will take the first step to addressing this problem, and develop one of the most comprehensive efforts to electronic recycling in the nation.”

Senator Smith noted that removing computers and televisions from the waste stream will also ensure that certain toxic chemicals don’t find their way into New Jersey’s groundwater, soil and air.

“I’ve seen estimates of up to 12 million pounds of lead that are disposed of each year due to our inaction in recycling obsolete electronics,” said Senator Smith. “In addition, many of these devices contain chromium, mercury, cadmium and other toxic chemicals. We need a safer alternative than letting these devices rust in a landfill, jeopardizing the environmental quality of the surrounding area.”

The second bill in the package, S-557, would impose a recycling tax on solid waste generation in order to provide financial support to municipalities and counties for local recycling programs. The tax would be levied on the owner or operator of every solid waste facility in the State at a rate of $3.00 per ton on all solid waste accepted for disposal or transfer at the facility. The tax would not be imposed on facilities designated as “sanitary” landfills or facilities associated with the recycling process, and is similar to a $3 per ton recycling tax which was in place from 1987 to 1996.

TRENTON – A pair of bills sponsored by Senator Bob Smith which will guarantee funding for municipal recycling programs and create a statewide electronics recycling initiative were signed into law by Governor Corzine over the weekend.

“Once upon a time, New Jersey was the national leader in promoting recycling efforts among its citizens,” said Senator Smith, D-Middlesex and Somerset, the Chair of the Senate Environment Committee. “However, we’ve become far too lax in recent years, and have dropped to the bottom of the pack in terms of recycling success. With these laws in place, we’re poised to reclaim the crown, protect the quality of our natural environment, and preserve natural resources.” 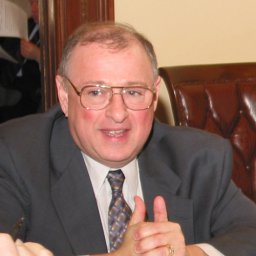 TRENTON – A pair of bills sponsored by Senator Bob Smith which would guarantee funding for municipal recycling programs and create a statewide electronics recycling initiative were approved by the Budget and Appropriations Committee today.

“The greatest environmental legacy we can leave for future generations is an effective and functional Statewide recycling system,” said Senator Smith, D-Middlesex and Somerset, the Chair of the Senate Environment Committee. “As the gears of economy continue to turn, single-use, disposable products are littering our landscape, and putting increased pressure on dwindling natural resources. There needs to be a culture-shift, and soon, so that we can put greater emphasis on recycling and slow down the consumption of precious – and finite – natural resources.”

TRENTON – Senator Bob Smith, D-Middlesex and Somerset, the Chair of the Senate Environment Committee, issued the following statement today regarding a hearing his panel conducted on the possibility of establishing an electronic waste management program in New Jersey: