Surrounded by advocates and those who fell victim to Superstorm Sandy, Senate President Steve Sweeney today slammed Legislative Republicans for their failure to publicly support an override of the governor’s veto of the “Sandy Bill of Rights.”

“I asked my Republican colleagues to join me in standing up for the victims of Hurricane Sandy,” said Sweeney.  “Instead of doing so, they decided to go back on their own vote and turn their backs on the families who need them most.  The politics of a scared and timid GOP has shown its ugly head yet again in New Jersey. And the worst part is their cowardice is just punishing folks who’ve already lost so much. Absolutely shameless.”

The lack of support for the “Bill of Rights” is hypocrisy at its worst, considering the bill passed the Senate and Assembly without a single objection. In fact, Senator Jennifer Beck stood up on the Senate floor before the vote and said: “this’ll provide a vehicle to make sure that they (storm victims) get back in their homes quickly. Thank you (to the Senate President) for your work on this legislation.”

Earlier this week, Assemblyman Declan O’Scanlon wrote an op-ed explaining why he was not supporting the override effort. The op-ed was essentially governor’s office talking points whose premises were easily debunked at the news conference.

“I read Assemblyman O’Scanlon’s op-ed and I haven’t seen a better work of fiction since the governor started talking about the ‘Jersey Comeback,’” said Sweeney.  “What makes it even worse is that the Assemblyman represents some of the hardest hit areas from Sandy: these are his constituents.  He should be the first one here; the first one announcing his support of the override.”

The event was held at the home of Thomas and Joan Largey in Sea Bright.  They evacuated the night before Sandy hit and returned to find their home had been engulfed by seven feet of water.  They have not been able to live in their home since.  They applied for a RREM Grant on May 26, 2013. They were not able to find out anything about their application until February, 2014 when they were informed that they were 4,000 to 4,500 on the waiting list, but were given no reason why that was the case.  They still do not know if they will be receiving a grant.

The “Sandy Bill of Rights” passed both houses of the Legislature by a combined vote of 106-0. The bill, which was vetoed by the governor two weeks ago, would do several things, including requiring a plain language explanation of what is needed to be eligible and to apply for Sandy recovery programs; the right to know where your relief application stands and what additional information is needed; the right to know why your application was rejected or why you were placed on a waiting list and the right to appeal a denial of funding.

The Senate President vowed to continue to work with advocates to bring Sandy victims the answers and information they deserve and will post the override for a vote on June 12. 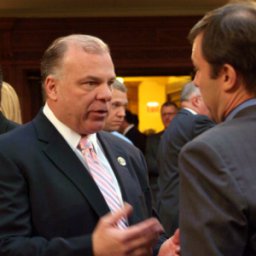 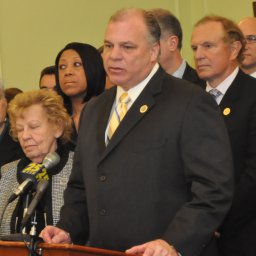 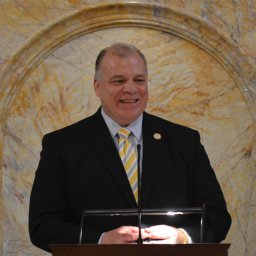